Intracom Telecom has confirmed its exit from the Russian market after selling 100 percent of its Russian subsidiary, Intracom SVYAZ LLC.

The Greek telecommunication systems and solutions vendor stated that the deal was completed on September 5, exiting from the Russian market in the framework of the European Union sanctions on Russia, which were announced on February 25. 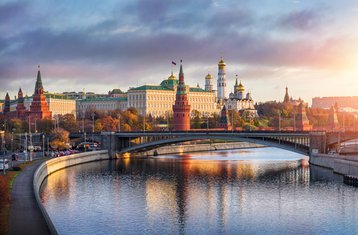 The company had suspended its operations in Russia since the beginning of the EU sanctions being imposed on the country due to its invasion of Ukraine.

"We had already halted all our businesses in Russia since the beginning of the EU sanctions on February 25, 2022, and by finalizing this transaction we are completing our exit process," said Intracom Telecom Group CEO Kartlos Edilashvili.

"Intracom Telecom will continue focusing on its expansion plan to serve more customers around the globe, addressing their telecom and ICT business needs with Company’s innovative products, solutions, and services portfolio."

Intracom SVYAZ LLC was a subsidiary of the company since 2002 when the Russian unit was established. The Intracom Group has had a presence in Russia since 1998, through its representative office in Moscow.

Intracom's exit is part of a wider exodus of international technology companies from Russia in the wake of the invasion. Intel, AMD, Nvidia, and contract chipmaker TSMC have all paused sales to Russia. Google, Microsoft, and Oracle have suspended work in the country, along with Apple, Netflix, Sabre, Ericsson, SAP, Infosys, Atos, PayPal, Mastercard, and Visa.

Cisco, IBM, and HPE announced they would leave Russia. Siemens has said that it would leave the country, while Schneider Electric said that it is selling its Russian operations to local management.