After increasing pressure on the UK's Chancellor

Indian tech giant Infosys is closing its office in Russia.

The move comes are the outsourcing business came under increasing pressure to pull out of the country after Russia invaded Ukraine.

Also in the spotlight was UK Chancellor Rishi Sunak, whose wife owns a roughly £690m stake in the company her father founded. 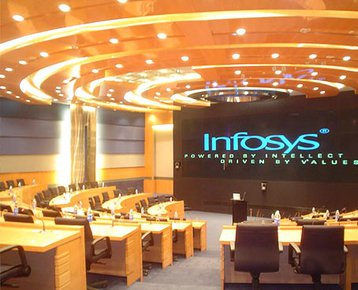 A number of companies have pulled out of Russia following its invasion and mounting war crimes. Cisco, Google, Microsoft, and Oracle have suspended work in the country, along with Apple, Netflix, Sabre, Ericsson, PayPal, Mastercard, and Visa. Nvidia, AMD, Intel, and TSMC have all suspended sales to the country.

Most companies made the decision in the early weeks of the conflict, but Infosys was slow to act. It reduced its presence, but continued to work with major clients in the country.

Critics pointed to comments by Sunak where he called on British companies to pull out of Russia in order to “inflict maximum economic pain” on Putin.

Sunak replied to such criticisms by comparing himself to Will Smith. "But I feel, on reflection, both Will Smith and me having our wives attacked – at least I didn’t get up and slap anybody, which is good.”