After the moratorium: How Singapore plans to stay in data center race

As it sets limits for fewer, smaller data centers 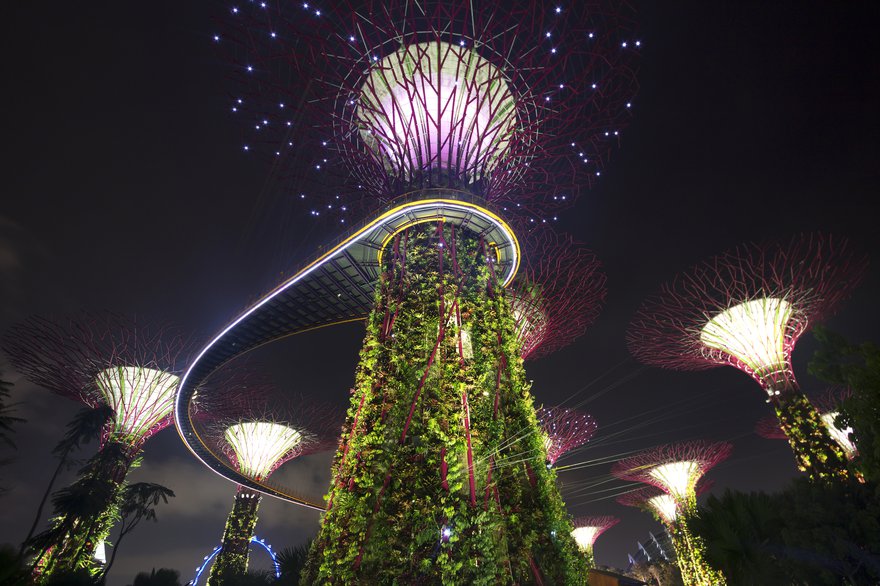 Despite an “implicit” moratorium on new data centers in place since 2019, Singapore was ranked this year as one of the top data center markets in the world, tying with Silicon Valley for second place, according to Cushman & Wakefield’s 2022 Data Center Global Market Comparison.

With the moratorium officially lifted in January this year and new guidelines revealed, what does the future herald for the island state of 721 square kilometers?

This feature appeared in Issue 44 of the DCD Magazine. For more, including on moratoriums and pushback in Dublin and Virginia, subscribe for free

We first reported on the moratorium on new data centers in 2019. It was subsequently confirmed in a terse joint statement by the Singapore Economic Development Board (EDB), Infocomm Media Development Authority (IMDA), and JTC Corporation (JTC) to a local broadsheet at the end of 2020.

Various reasons were cited earlier for the moratorium, including the strain that data centers put on the electrical grid. However, a long list of initiatives since 2016 suggests that the key concern had always revolved around sustainability.

For instance, Singapore announced the trial of a tropical data center in 2016, and high-rise data centers in 2017, and also funded research into technologies such as water cooling.

And through Keppel Data Centres, which is owned by the government-linked Keppel conglomerate, Singapore is actively exploring the use of cold energy from the Singapore LNG Terminal to cool data centers, as well as building a floating data center park with the ultimate aim of harnessing seawater for cooling.

In its quest to reduce its carbon emission, Singapore had embarked on a plan to eke out as much renewable energy as possible. One prong of this plan involves increasing solar capacity to two gigawatt peak (GWp) by 2030, which will entail maximizing the deployment of solar panels onto available surfaces such as rooftops, reservoirs, and even near-shore sea.

A Parliamentary response from the Minister for Trade and Industry in February succinctly summed up the conundrum hyperscale data centers pose to the resource-scarce country.

In the face of this intractable consideration, merely improving energy efficiency will not alter the underlying reality. Clearly, the powers that be in Singapore have now concluded that hard limits must be established before new data centers can be built.

Crucially, Singapore will henceforth focus on quality, not quantity, and new facilities will have to bring something to the table on the resource efficiency front.

News of the moratorium lifting broke in January, again in a parliamentary response. Minister for Trade and Industry Gan Kim Yong, who took up the role after a Cabinet reshuffle, confirmed that the moratorium is set to end, but noted that the country will be “more selective” of data center projects moving forward.

In a nutshell, Singapore wants data centers that are “best in class” in terms of resource efficiency and which can contribute to the country’s economic and strategic objectives. In addition, measures will be put in place to raise the efficiency of these data centers over time.

New facilities should have PUE (power usage effectiveness) of 1.3 or less, and must incorporate efficiency or sustainability innovations. Applications by consortia will be considered, presumably to allow larger enterprises such as banks to get a foot in the door. An RFP will be called in Q2 this year, and a decision made before the end of the year. During this pilot phase of 12 to 18 months, the government will monitor the awarded projects and continue to evaluate its policies.

An initial 5MW cap might have been initially mooted, based on at least two reports citing industry feedback. It appears to have been be dropped. And while some reports cited a maximum of three applicants, industry insiders DCD spoke to said there is no cap.

For now, Singapore’s Communications Minister has confirmed that the city-state will begin accepting applications for new data center developments from Q2 as part of a pilot phase.

Late to the party

The latest developments do put certain loose pieces of the puzzle to rest, such as Facebook’s US$1billion 150MW facility announced in September 2018.

At the launch briefing Tom Furlong, Facebook’s VP of data center infrastructure told DCD that the facility is scheduled to complete its phase one and commence operations in 2022, four years later.

The lengthy time frame was puzzling: while the building will be a mammoth 11-story facility, it is located on a piece of vacant land at the Tanjong Kling data center park served by two dedicated – and operational – power substations.

We now know that the moratorium came into effect months later in 2019 and it seems possible that Facebook pushed forward the announcement to get the project started before new data center projects were halted in the moratorium.

Likewise, SPH and Keppel also announced a joint venture in June 2020 – after the moratorium took effect but before it was officially acknowledged, to "maximize economic returns and improve the return on capital of an existing asset and to enter and participate in a growing sector.” Though there was no mention of its power capacity, the agreement to acquire SPH’s leasehold land at 82 Genting Lane for the facility was pegged at S$50 million (US$35.8m), which makes it unlikely to be a small data center.

While anecdotal evidence suggests that a decision on Singapore’s data center roadmap was only made recently, the moratorium and the possibility of a decision to limit hyperscale developments should logically have been known at that point.

What is clear is the days of new, hyperscale data centers in Singapore are over, and any players that have not got projects under way have missed the boat. They are now left with the option of acquiring an existing facility, vying for limited slots with far more stringent rules and modestly-sized data centers, or building new data centers elsewhere.

For instance, Singapore-based Bridge Data Centres originally told us of its expansion plans in Singapore back in 2019. Derailed by the moratorium, it dramatically sped up its expansion in Malaysia instead.

A journey of continuous innovation

Where does the pilot phase leave potential data center contenders? While energy efficiency has always been important to data centers in general, the stipulation for innovation should prioritize novel approaches over the tried-and-tested technologies which normally get used.

Suddenly, floating data centers and the ability to leverage seawater for cooling look a lot more enticing. Keppel’s motivation for leveraging cold energy from LNG gasification plants makes sense in this context, as do the plans Big Data Exchange (BDx) announced last year for floating data centers off the coast of Singapore.

Meanwhile, larger enterprise data centers with disparate IT systems and a higher PUE may be more likely to move to liquid-cooling to bring the PUE back down.

What remains unclear is the road ahead for existing data centers. As a country that prides itself for its business-friendly climate, Singapore will likely allow redevelopment of older facilities. It is unclear yet how it will happen, though. A representative from IMDA declined to comment, pointing us to a press statement released for the 27 January virtual meeting.

“We will [put] in place measures to raise the efficiency of existing [data centers] over time. We are seeking feedback from the industry on the proposed criteria that [were] presented during the discussion. More details will be announced in the coming months,” said the statement that DCD obtained.

Depending on how the guidelines pan out, old facilities that are due for redevelopment might become a lot more valuable overnight - as that redevelopment may be the only way to create sugstantial new data center capacity.

The Singapore hub of the future

Is Singapore destined for a long fall from its current pinnacle? A possible answer might just be found in an anecdote. When we visited the Iron Mountain Singapore data center in 2019, general manager Michael Goh was quick to share about its direct high-speed link to another data center in Singapore (Equinix SG1) as a major selling point.

This was hardly the first time we have heard of this. Operators in Singapore commonly tout their access to various “carrier hotels” in their sales decks. These carrier hotels are not coveted for their colocation space, but their extensive network connectivity and critical mass of key players that have deployed systems in their facilities.

With top public cloud players like AWS, Microsoft, Google Cloud, Alibaba Cloud, Huawei Cloud, and OVH, Singapore is ranked among the most advanced public cloud markets in the APAC region, according to the Boston Consulting Group.

Coupled with more than 1,000MW of data centers and exceptional international and regional network connectivity, Singapore might well have the critical mass of digital infrastructure and its accompanying ecosystem to serve as a regional hub for new hyperscale developments in Southeast Asia and across Asia.

In this vision, major cloud and colocation players will find it beneficial to build smaller data centers in Singapore and run their data center operations for the Asia region there. New hyperscale facilities will all be connected through subsea cables to Singapore for its digital ecosystem. And far from fading into inconsequence, cutting-edge innovations for enhancing energy efficiency in tropical environments will be developed and promulgated across the region from Singapore.

Of course, the future is far from certain. But the journey ahead can only be an eventful and interesting one for the data center hub of Singapore.