Singapore wants to increase its solar capacity by more than seven times by 2030, bringing it from the current 260-megawatt peak (MWp) to 2-gigawatt peak (GWp).

The new 2GWp target for Singapore was unveiled by Singapore's Minister for Trade and Industry, Chan Chun Sing, last week. According to a report on national broadsheet The Straits Times, this will amount to four percent of the country’s total electricity demand today - and likely far less by 2030. 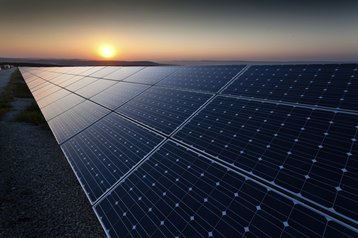 To meet the target, the Singapore Government plans to maximize the deployment of solar panels onto available surfaces, such as the rooftop of public apartments, on the vertical surfaces of buildings, reservoirs and even offshore sea space.

Most of the ideas are not new, though the increase in scale is the most substantial yet. Singapore in 2016 set up the world’s largest floating solar energy test-bed in Tengeh Reservoir, Tuas, as well as an offshore floating solar panel system measuring 5ha along the Straits of Johor.

Singapore will also research energy storage systems to overcome the challenges of intermittent sunshine in the tropical nation which sees frequent thunderstorms.

An island state measuring just 721 square kilometers - or half the size of metropolitan London - Singapore is a thriving data center hub with strong submarine connectivity to the rest of the world. Back in 2014, when Singapore hosted 58 percent of Southeast Asia's data center capacity, about seven percent of Singapore’s electricity was consumed by data centers - according to the last available figures. 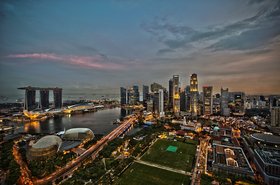 With 95 percent of the nation’s electricity generated using natural gas, any increase in data center consumption will inevitably culminate in an almost linear increase in the country’s carbon footprint.

Concerns over the carbon footprint of data centers are understood to have led to a moratorium on new data centers that could last until 2021. Several industry experts that DCD spoke to in September had cautioned against an extended break, citing how demand could easily shift to neighboring regions.

There is ample colocation capacity in the meantime, however, with multiple hyperscale data centers that were previously approved scheduled to come online in Singapore this year and next year.