Singapore plans to conduct trials of what it calls the world’s first data center designed specifically for tropical climates, as part of a bid to drive innovation and explore new green technologies.

Initiated by the Infocomm Development Authority of Singapore (IDA), the Tropical Data Center (TDC) project will be set up in partnership with hardware makers and industry experts. Partners will provide either hardware, software or expertise, and the trial will be conducted in a test environment at a Keppel Data Centre facility.

Organizations that have signed up so far include Dell, Futjitsu, Hewlett Packard Enterprise, Huawei and Intel, as well as ERS, The Green Grid, and the Nanyang Technology University (NTU). The objective is to create a proof-of-concept to demonstrate that data centers can function optimally at temperatures of up to 38 degrees Celsius, and ambient humidity of 90 percent and higher.

It’s getting hot in here 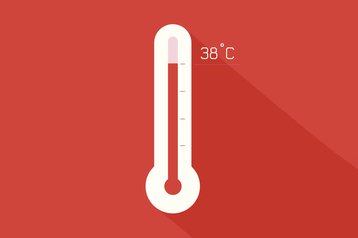 According to the IDA, data centers are typically cooled to between 20 and 25 degrees Celsius and kept to within 50 to 60 percent relative ambient humidity. A TDC could hence reduce energy costs by up to 40 percent, and significantly reduce carbon emissions.

While running data centers at higher temperatures is nothing new, such environments are typically built away from the tropics, or entail the use of air-side economizers in cooler climates to bring down cooling costs.

A successful TDC trial could convince CIOs and data center managers that temperatures can be increased in a data center without harming either performance or reliability.

While details are still being worked out, some potential test setups could include having no temperature controls but with controlled humidity, or an absence of both temperature and humidity controls. The TDC will be set up in the third quarter of 2016, and will run stimulated workloads with a projected time frame of up to a year.

“With Singapore’s continued growth as a premium hub for data centers, we want to develop new technologies and standards that allow us to operate advanced data centers in the most energy efficient way in a tropical climate,” said Khoong Hock Yun, assistant chief executive at the IDA.

“New ideas and approaches, such as raising either the ambient temperature or humidity, will be tested to see if these can greatly increase our energy efficiency, with insignificant impact on the critical data center operations,” he added.