Data center hub at a crossroad

With at least 150MW of capacity scheduled to come online over the next year, the Singapore data center market is a picture of breakneck growth on an island state consisting of a mere 721 square kilometers. But at least one industry stakeholder has warned of a potential oversupply in colocation capacity. 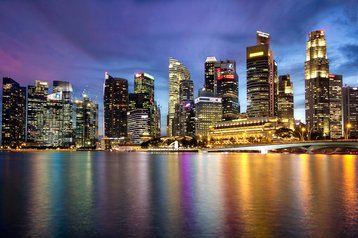 A question of supply

In an interview with DCD earlier this month, industry veteran and CEO of Bridge Data Centres Kris Kumar told us that there is more than adequate supply in Singapore to meet expected demand for the next five years. So, is it time to put on the brakes on building out new capacity?

The concern about oversupply is not an unfounded one, with some of the largest data centers in the region having just come online or scheduled for completion soon. For instance, Facebook last September announced a mammoth 150MW facility in Jurong East, while Global Switch launched a new 30MVA data center at Woodlands Heights earlier this year.

Digital Realty Trust is currently building a 50MW facility - its third in Singapore - scheduled to be operational by Q3 2020, while Equinix’s SG4 data center is also expected to launch in 2020. In the meantime, ST Telemedia Global Data Centres (STT GDC) is readying its 30MW Loyang Data Center to come online in 2020, and hyperscaler AirTrunk is building a data center campus totaling 60MW with the first building scheduled for launch soon. 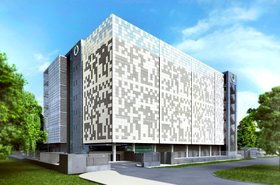 Wong Wai Meng, the CEO of Keppel Data Centres, feels that data center demand will continue to be “very strong” in Singapore, noting that it is among the top three most dynamic data center market globally. Traditional strengths such as a good submarine cable network, a low natural disaster risk, and stable political climate makes Singapore an attractive hub to organizations looking to target the Southeast Asia market, he says.

“We don’t consider there to be an oversupply in colocation capacity in Singapore. Given the time it takes to plan for and build new data center facilities, the increasing adoption of cloud technologies, and the upcoming deluge of capacity needs that 5G will usher in, it is essential that we stay ahead of demand to ensure sufficient capacity is in the pipeline,” said Clement Goh, CEO, Southeast Asia at STT GDC.

Enough power for all

For all the optimism, anecdotal feedback from at least two industry stakeholders have pointed to substantially increased difficulty in securing the requisite permits for new data centers in Singapore, a point that was also brought up by Kumar of Bridge, who suggested that it could be due to an overstressed power grid.

However, the power generation sector in Singapore is in reality suffering from massive overcapacity. According to a report on the Business Times last year, Singapore has a total capacity of 13,350MW while peak demand averaged a mere 7,000MW. With a spare capacity of 48 percent and power growth coming in at just 1.4 percent in 2017 – attributed to the pursuit of energy efficiency by industrial users, power availability doesn’t appear to be a concern.

But could the electrical grid itself be under strain from the demands of data centers? When quizzed on how Singapore could maintain its edge as a data center hub, Keppel's Wong
pointed out that Singapore has ample power generation capacity which could be expanded if required.

“I don’t think any city in the world expected this kind of demand on the [power] grid. This is an area that Singapore needs to put into planning. We probably need to strengthen our grid to provide sufficient power without straining the rest of the grid for others,” Wong added. 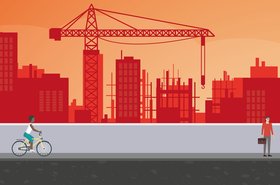 Build it high: The rise of multi-story data centers

All around the world, data center builders are finding they have to build upwards, creating new opportunities and challenges

There is one other consideration though: The energy-hungry nature of data centers. The small size of Singapore precludes popular renewable power options such as wind energy, and places limitations on others such as solar energy. With 95 percent of the nation’s electricity generated using natural gas, any increase in data center consumption will inevitably culminate in an almost linear increase in the country’s carbon footprint.

There is no simple solution here, and work began as early as 2012 with a 16-month research study to identify ways to reduce energy consumption in data centers here, which culminated with the publication of a Green Data Center Technology Roadmap in July 2014. In a nutshell, the recommendation was to enhance efficiency through innovation, using less energy to do the same work.

“Singapore must continue working on its strengths and ensure proper planning occurs to overcome its land scarcity challenges in order to maintain its edge,” said Goh of STT GDC. “It also requires innovative approaches such as bringing data centers underground, out to sea or higher up in taller buildings. To realize any of these possibilities, having a transparent government policy that supports the industry with a focus on long term planning will be vital.”

It was in that vein that Singapore announced government-backed trials of the world's first tropical data center in 2016, and research into green, high-rise data center in 2017 - both of which Keppel Data Centres is involved in. Wong confirmed that trials have been completed, and that an announcement would be forthcoming.

“I really think [the industry in] Singapore needs to jointly drive the whole sustainability statement to show the world that while we need to deliver data centers, we need to continuously invest in innovation to allow this industry to grow… I think it is important has a sustainability mindset in mind and drive the environment that will allow us to continue growing,” he said.

Building for the future

As a key data center hub in Asia, Singapore is in a unique position to influence data center developments. Depending on the findings of the various trials, it could well be the forerunner for building data center in dense city-like environments. But it should make the move soon.

Ed Ansett, the chairman of i3 Solutions Group, cautioned that despite Singapore’s current status as a data center hub, demand could just as easily shift to neighboring regions. Ansett is not unfamiliar with Singapore – he was involved in the 2012 research study and his recommendations were instrumental in the creation of the Roadmap.

The momentum for building new data centers must be maintained, Ansett urged: “If Singapore loses its grip on the data center market, I don’t think it’ll ever come back. Why would you put all your data centers in Singapore, which is relatively expensive in terms of land and power, when you have these adjacent territories where land and power is much cheaper?"

“If demand falls to some extent, yes, potentially we might see a case of oversupply as the facilities in construction now come online," noted Joshua Au, the head of data center for A*STAR, a public sector research agency in Singapore. "But again, let’s be mindful that the pie has never been distributed evenly across all operators.”

“We do not build capacity for today’s demand, but for the long term.”