Deutsche Telekom to sell 51% of towers business to Brookfield & DigitalBridge 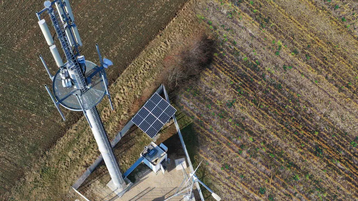 Brookfield had originally planned to buy GD Towers in partnership with Spanish telecoms firm Cellnex, which had offered shares in its company as part of the package.

However, on Wednesday, July 13, Cellnex dramatically pulled out of the deal for reasons unknown.

Speculators then assumed that the sale would go to the rival bidder, a consortium led by KKR and also including Stonepeak and Global Infrastructure Partners.

But Brookfield Asset Management secured a last-minute surprise partnership with DigitalBridge, which ultimately won the deal.

Marc Ganzi, CEO of DigitalBridge, said: “The combination of Deutsche Telekom’s leading mobile network and market position, alongside one of the largest real asset managers in the world in Brookfield, combined with the digital infrastructure domain expertise of DigitalBridge, creates a team of unmatched capabilities to support GD Towers as it grows to meet the evolving network demands of enterprises and consumers across Europe.”

DigitalBridge has aggressively expanded its presence in the data center and telco space. Originally founded in 2005 in Texas, DataBank was acquired by Digital Bridge Holdings from private equity firm Avista Capital Partners in 2016. Colony Capital acquired Digital Bridge for $325 million in 2019, and took on the latter company’s name last year after fully pivoting to digital infrastructure. DataBank’s current portfolio consists of more than 65 data centers in more than 27 markets across the US, UK, and France.

2022 has seen DataBank acquire a data center it was previously leasing outside Denver, Colorado, and acquire four data centers in Houston, Texas, from CyrusOne for $670 million. It also announced the expansion of its Las Vegas, Irvine, and San Diego data centers. It recently bought a former manufacturing site in Atlanta it plans to turn into a 40MW data center. Last year DataBank went on an expansion spree after raising around $1 billion in secure notes across two raises, announcing plans to add more than 120,000 sq ft (11,000 sqm) and 15MW of capacity to existing locations across the US.

In May this year, DigitalBridge took Switch private in an $11 billion deal, following its previous acquisition of Vantage, Zayo, Cogeco Peer 1, and formed Scala Data Centers, among other moves.

After raising $8.3 billion for its DigitalBridge Partners II fund, its second flagship investment fund, the company last month said that it wanted another $1bn for longer term bets.

We talk to Marc Ganzi about this acquisition strategy in the next issue of the DCD Magazine.

As for Deutsche Telekom, it plans to use the proceeds to pay off some of its mounting debt pile, which hit $141bn in 2020, as well as help it pay for a majority stake in T-Mobile US.

Tim Höttges, CEO of Deutsche Telekom, said: “We crystalize the value of our tower assets, thereby creating value for our shareholders."