New 10,900 sqm facility to sit on NTT campus in Soraku-gun

NTT is to build a new 30MW data center in the Kansai region of Japan. 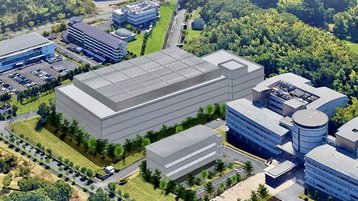 The Data Center is being constructed in Soraku-gun, Kyoto Prefecture adjacent to NTT Group's research and development facilities. It will be a four-story, seismic-isolated structure that will supply a total of 30MW – starting at 6 MW in phase one and gradually expanding – to a server room space of 10,900 sqm (117,325 sq ft), equivalent to 4,800 racks.

NTT said it plans to invest approximately 40 billion yen in the project, which will be built to Tier III standards.

2022 has seen NTT launch facilities in Spain, Indonesia, and India, expand existing locations in the UK and Switzerland, and announce plans for new data centers in Vietnam. Projects in Austria, Germany, and South Africa are ongoing. It recently broke ground on a sixth data center in Ashburn, Virginia, and a sixth in Cyberjaya, Malaysia.