Edge Centres has begun work on an Edge facility in Kuala Lumpur, Malaysia. 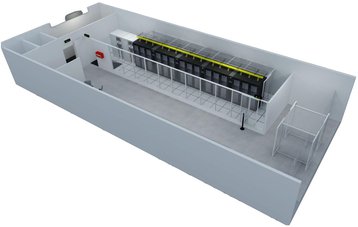 While traditionally focused on Australia, the company recently plans to expand into Asia, with the first Edge facility – known as EC31 – being built in Kuala Lumpur, Malaysia. The site is reportedly due to go live in July.

“EC31 Kuala Lumpur commences build,” the company said on LinkedIn this week. “Our first site in Asia has commenced construction with an RFS (request for services) date of less than eight weeks. This is a huge step for Edge Centres as we expand internationally.”

The company said EC31 would be an ‘internal’ pod, while its previously announced EC51 facility in Vietnam’s Ho Ch Minh City will be an ‘external’ pod.

The company previously said it is surveying sites in Johor, Ipoh, and Penang in Malaysia, as well as at locations in Indonesia, the Philippines, Japan, and three locations in Vietnam. EC previously announced plans to build two facilities in Japan last year.

It added that further announcements around the company's EC51 and EC61 facilities will be made shortly.

As well as Traralgon and Bendigo in Victoria, EC has or is developing Edge locations across Australia in Grafton and Dubbo, New South Wales; Toowoomba, Cairns, Mackay, and Townsville, Queensland; and Hobart, Tasmania. In September 2021, the company broke ground on an Edge network operations center in Albury, New South Wales.

Earlier this month Edge Centers announced plans to procure 20 small data center pods from UK firm DataQube for its US rollout. It has installed a Point of Presence (PoP) in CoreSite’s One Wilshire carrier hotel data center in Los Angeles, California.