Plan that would not have worked foiled from the outset

Seth Aaron Pendley has been sentenced to 10 years in federal prison for planning to blow up an Amazon Web Services data center in Virginia.

Pendley, 28, was arrested in April after trying to acquire an explosive device from an undercover FBI employee in Fort Worth. He pled guilty in June. 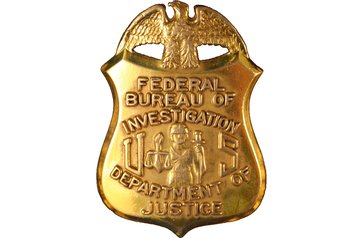 “As this case shows, radicals are lurking on the Internet, looking for ways to lash out – and far too often, they move their plans off of the web and into the real world. We are indebted to the FBI employee who put his life on the line to disrupt Mr. Pendley’s plot before he could inflict real harm on data center workers, and are proud of today’s sentence.”

Pendley told a confidential source of his plan in January. In February, he told the source he hoped to “kill off about 70 percent of the Internet," and later showed them a hand-drawn map of his chosen data center and described how he planned to disguise his car to evade detection by law enforcement. Prosecutors previously said that he had hoped to blow up three data halls, and painted his gun bright colors so that it might be mistaken for a toy.

The 70 percent figure seems to be based off of misinterpreting the oft-shared statistic that 70 percent of Internet traffic flows through Northern Virginia, the world's largest data center hotspot. It is not found in one AWS data center.

The source introduced Pendley to an FBI agent who claimed to be an explosives supplier. Pendley told the agent that "the main objective is to f*** up the Amazon servers," which he believed provided services to the FBI, CIA, and other federal agencies.

Amazon does provide services to most government agencies, but hosts them out of multiple redundant sites. Pendley had hoped that his terrorist attack would stop a coming tyrannical Marxist government, by impacting the business of Amazon - whose chairman is the world's richest man.

A search of Pendley's home found an AR-15 receiver with a sawed-off barrel, a pistol painted to look like a toy gun, masks, wigs, notes, and flashcards related to the planned attack.

Pendley said that he had attended the January 6 attack on the U.S. Capitol, where he brought the sawed-off AR-15 - but claimed he did not enter the building.

Prosecutors argue that Pendley, who was intent on shutting down the Internet, was radicalized by the Internet.

The FBI claim that Pendley was a health and fitness buff who took college courses and had no prior run-ins with the law.

But when the Covid-19 pandemic hit, Pendley lost his job and was left with a lot of time on his hands. In testimony, he said that he spent more and more of his waking hours online.

There, he was radicalized by conspiracy theories on Facebook and YouTube, and convinced there were similarities between US life and Aleksandr Solzhenitsyn's book on life in a Soviet gulag, The Gulag Archipelago.

He allegedly told old acquaintances "I’m the most radical person I know,” FBI agent John Coyle testified, per the Dallas News, and began to seek out new friends. Public Facebook posts show a shift from simple pictures of Pendley lifting weights and modeling to sharing videos of conspiracy theories about 'The Great Reset' by JP Spears and Facebook's censorship of the right by Steve Turley.

On Christmas Day, 2020, Anthony Quinn Warner blew himself up next to an AT&T facility, causing significant damage to the facility. An FBI investigation said that he was motivated by paranoia and conspiracy theories, but that it did not appear that he was targeting the AT&T building.

Earlier this year, Amazon told DCD in a statement: “We would like to thank the FBI for their work in this investigation. We take the safety and security of our staff and customer data incredibly seriously, and constantly review various vectors for any potential threats. We will continue to retain this vigilance about our employees and customers.”