In April, Seth Aaron Pendley, of Texas, was charged with conspiring to blow up an Amazon Web Services data center in Ashburn, Virginia.

The Department of Justice this week confirmed Pendley's guilty plea and admitted to a malicious attempt to destroy a building with an explosive. He faces between five and up to 20 years in federal prison, and his sentencing hearing has been set for October 1.

“Due in large part to the meticulous work of the FBI’s undercover agents, the Justice Department was able to expose Mr. Pendley’s twisted plot and apprehend the defendant before he was able to inflict any real harm,” said Acting U.S. Attorney Prerak Shah. “We may never know how many tech workers’ lives were saved through this operation – and we’re grateful we never had to find out. Bringing to justice domestic extremists remains one of the Department’s top priorities.”

Pendley, 28, was arrested after allegedly receiving what he thought was a bomb from a co-conspirator, but was actually a fake delivered by an undercover FBI officer.

The FBI was alerted to Pendley after he was alleged to be posting concerning comments on mymilitia.com, a forum frequented by militia groups. He also reportedly told friends he wanted to use plastic explosives “to kill about 70 percent of the Internet.”

The AWS facility in Ashburn, Virginia reportedly became Pendley’s target because he thought they hosted the FBI, CIA, and other government agencies, and their destruction would broadly disrupt internet service and upset “the oligarchy.”

Pendley admitted that he disclosed his plan to blow up a prominent tech company’s data center to a source via Signal. When the source offered to help him obtain C4 explosives to use in the attack, Mr. Pendley responded, “F*** yeah."

Pendley then showed the source a hand-drawn map of a data center on Smith Switch Road in Virginia, featuring proposed routes of ingress and egress at the facility. He later described how he planned to disguise his car to evade detection by law enforcement.

“The main objective is to f*** up the Amazon servers,” he said. 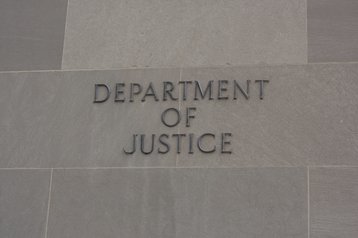 Pendley was also present during the January 6 storming of the US Capitol. He reportedly told friends he did not actually enter the Capitol building. He said he also brought a sawed-off AR rifle but left the weapon in his car during his movement to the Capitol.

On Christmas Day, 2020, Anthony Quinn Warner blew himself up next to an AT&T facility, causing significant damage to the facility. An FBI investigation said that he was motivated by paranoia and conspiracy theories, but that it was not clear if he was targeting the AT&T building.