FBI does not believe Nashville bomber was targeting AT&T

But questions remain about the Christmas Day suicide bombing

Anthony Quinn Warner's suicide bombing of downtown Nashville on Christmas Day is not thought to have specifically targeted companies caught in the blast.

Among the infrastructure worst affected was an AT&T central office facility, leading some to wonder if it was an intentional choice due to Warner's belief in baseless conspiracy theories, including concerns about 5G and health.

This weke, an FBI investigation has said that AT&T was not a target, but cautioned that only Warner truly knew his motives. 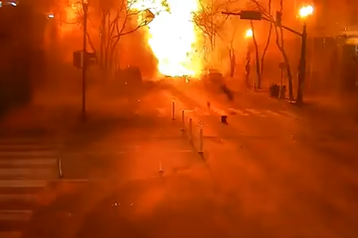 "Based on analysis of the information and evidence gathered throughout the investigation, the FBI assesses Warner’s detonation of the improvised explosive device was an intentional act in an effort to end his own life, driven in part by a totality of life stressors – including paranoia, long-held individualized beliefs adopted from several eccentric conspiracy theories, and the loss of stabilizing anchors and deteriorating interpersonal relationships," the FBI said.

"The FBI assesses Warner specifically chose the location and timing of the bombing so that it would be impactful, while still minimizing the likelihood of causing undue injury. The FBI’s analysis did not reveal indications of a broader ideological motive to use violence to bring about social or political change, nor does it reveal indications of a specific personal grievance focused on individuals or entities in and around the location of the explosion."

However, the agency added, "it is important to note that only Warner knows the real reason why he detonated his explosive device... [but] at this time, the FBI is confident, based on evidence collected, Warner’s own writings, and interviews with those who knew him best, that the above assessment is accurate."

Warner broadcast a warning message before he set off the bomb, ensuring there were no casualties beyond himself.

The blast damaged multiple floors of the AT&T facility, along with power and water supplies, leading to days of fires and floods at the building - see the full breakdown of how AT&T recovered here.

While Warner was not specifically targeting the facility, a New York Police Department intelligence report warned that conspiracy theorists and far-right white supremacist groups are “increasingly targeting critical infrastructure to incite fear, disrupt essential services, and cause economic damage with the United States and abroad."

The report detailed several attacks on cell towers, and threats of greater attacks.

In April, a man was charged with conspiring to blow up an Amazon Web Services data center. He allegedly wanted “to kill about 70 percent of the Internet.” Seth Aaron Pendley pled guilty in June.