Blackstone-owned firm involved in proposal to rezone more than 2,100-acres in PWC for data center development

The plans are part of a massive and controversial proposal to rezone more than 2,100-acres in Manassas, Northern Virginia for data center development.

“QTS has been approached and is seeking to acquire land as part of the Prince William County Digital Gateway project,” a QTS spokesperson wrote in a statement to Prince William Times. 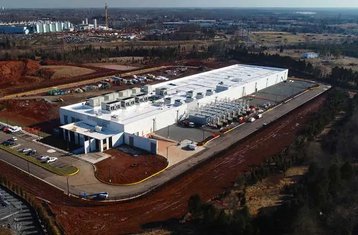 “This is a unique opportunity to play a role in what could be the most significant economic development initiative in the county’s history. QTS has a strong track record of being a considerate, supportive and sustainable neighbor and is committed to a thoughtful development strategy that will preserve the historical significance and aesthetic beauty of the area,” the statement said.

Blackstone-owned QTS operates six data centers in Virginia; four in the Ashburn area, one in Richmond, and one in Manassas. A QTS spokesperson said a formal rezoning application for the development from the company “is coming,” but declined to comment on when it would be filed.

QTS’ proposed development is estimated to create more than 1,000 permanent and temporary jobs over approximately 18 years, with between $4.9 and $7.5 billion in capital investment, Christina Winn, executive director of the Prince William County Department of Economic Development told PWT.

"The Department of Economic Development is always interested in projects that will bring new highly skilled jobs and significant capital investment to expand the county’s commercial tax base. QTS has consistently demonstrated their ability to create jobs and make capital investment throughout Northern Virginia,” Winn said in an emailed statement.

The battle for Pageland Road

Reports of a PWC Digital Gateway surfaced last year. Originally reports had the development billed as a proposal for an 800-acre development; the proposal aimed to string together 30 parcels of agricultural land owned by 15 property owners to be developed by a single unnamed data center developer, now seemingly revealed as QTS. 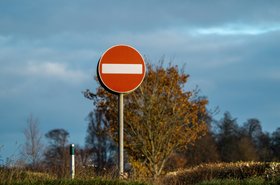 However, as more than 200 landowners have elected to join the proposal along Pageland Lane, the PW Digital Gateway plan has expanded. The current proposal would replan 2,133 acres of the county's "rural crescent" for data centers. Approval could pave the way for up to 27.6 million square feet of data centers.

The proposal is being met by fierce opposition that has made it into mainstream news. Many locals are angry about the current level of data center development in the county and are vehemently against further expansion. A public hearing about the proposal last month lasted more than three hours and 73 people speak, a majority of which were in opposition to the plans.

The County is also looking at expanding its overlay district in order to accommodate more data center developments at neighboring Loudoun County – the densest data center market in the world – reaches its saturation point and developments increasingly spill over into PWC.

The land in question is adjacent to Manassas National Battlefield Park, and its superintendent Brandon Bies has written two letters to the Prince William Board of County Supervisors and the county planning office outlining the park’s “grave concerns” over the proposal around its potential historical, environmental, and viewshed impacts, saying the plans could cause “potential irreparable harm” to the park.

Documentary filmmaker Ken Burns has spoken out against the plans, saying the proposals could have a “devastating impact” on the Manassas National Battlefield.

Environmental officials at Prince William County asked the board of supervisors to reject the proposal, and US Rep. Jennifer Wexton, a Democrat representing the 10th Congressional District sent a letter to the Board of Supervisors about the proposal last month.

“I am concerned that this proposal would have a significant negative impact on the surrounding environment and community, including Manassas National Battlefield Park and many of my constituents who live nearby,” she said.

According to PWT, Five Democratic members of the eight-member Prince William Board of County Supervisors have either stated their support for the plan or have not made any statement either way while Republican Supervisors Yesli Vega, R-Coles, and Jeanine Lawson, R-Brentsville, have both stated their opposition.