A new 800-acre data center campus has been proposed in Manassas, Virginia.

The Prince William Times reports that the proposal would strings together 30 parcels of agricultural land owned by 15 property owners to be developed by a single unnamed data center developer. 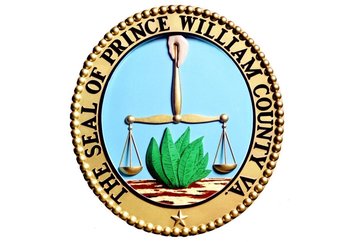 Informally titled the “PWC Digital Gateway,” the campus would be located in two clusters along the Pageland Lane corridor, referred to as the north and south sections, and would would border Manassas National Battlefield Park

The proposals are outside the outside the county’s data center overlay district, a special zone designed to house data centers without impacting the rest of the private and historical properties in the area.

The plans are reportedly being led by local residents Mary Ann Ghadban and Page Snyder, with the backing of an as-yet-unnamed data center firm. The company is preparing to file an application with the county in the coming weeks. The landowners and data center developer are also proposing to fund a $40 million non-profit foundation as a condition of the project’s approval that would directly fund county initiatives.

Supervisor Victor Angry, D-Neabsco, told the Times the project is a “magic pill” for generating new tax revenue that could be used to boost school funding while lessening the tax burden on county residents. However, not all boardmembers agreed.

Supervisor Jeanine Lawson, R-Brentsville, reportedly called the proposal an “absurd development idea,” adding: “Even Loudoun County, the data center capital of the world, protects its rural area from this industrial use.”

Supervisor Yesli Vega, R-Coles, added that the board should abide by the county’s current land use rules, which would not allow the current proposal to go ahead.

The proposals also faced opposition from Prince William Conservation Alliance. Katie Liming, a spokeswoman for the Manassas National Battlefield Park, told the Times that the National Park Service is “closely monitoring” discussions about proposed changes in the county’s land-use policies, including those along the western boundary of the park.

Prince William County’s latest budget spending plan includes calls for a $1.60 tax per $100 of value on business computers and peripheral equipment, a 25-cent hike over the current rate that would primarily apply to data centers. Ross W. Snare IV, Senior Director of Operations and Government Affairs at the Prince William Chamber of Commerce, said he has “grave concerns over the unintended consequences from this action.”

If passed, PWC’s tax hike would come at a time the rest of the state, especially Southern Virginia, is looking to increase incentives to attact data center investment. Five Southwest Virginia leaders this week announced plans to set what will be Virginia’s lowest regional property tax rate on data center equipment, while there are currently three bills making their way through the Senate that would reduce the qualification thresholds for tax breaks.