No word on who is moving in

A 130-acre data center plot in Gainesville, Prince William County has been sold for $74.5 million, as prices for data center property in Northern Virginia continue to rise.

According to The Washington Business Journal, the plot had been approved for a residential development, but there was local resistance. Land approved for data center use is rapidly rising in value in Northern Virginia, so the seller, Gainesville GGP - an affiliate of real estate development firm, Buchanan Partners - switched to sell it for data center use instead. The buyer is a hitherto-unknown firm, GCDC Purchaser LLC, which appears to be connected to real estate firm Wolff Co, according to the Journal. 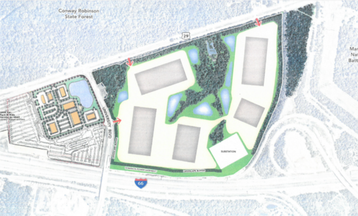 At $773,100 an acre, the property was by no means cheap, but data center properties have been rising rapidly in nearby Loudoun County, where the world’s most dense data center hub, the so-called Data Center Alley, centers on the town of Ashburn. Digital Realty recently bought 13 acres of land worth $2.14 million each in Loudoun after Cologix spent almost $38 million on 22.6 acres in Ashburn (or $1.68m per acre) last year.

Prince William County has been eyeing the data center sector, with several projects starting there, and local authorities offering tax cuts and incentives. Other counties in Northern Virginia have done likewise

Jimmy Roembke, a principal overseeing development projects for Buchanan, explained that as there had been public criticism of the residential plans, the lucrative potential of a data center project led to the change of heart for the plot, which forms part of a larger family-owned estate, and is close to major roads.

He told the Washington Business Journal:"Obviously, pricing in Ashburn has been significantly higher. Manassas and Gainesville in Prince William has really started - it’s still not the same pricing compared to Loudoun County, but the gap is starting to close a bit." The sale went through despite complications caused by the coronavirus outbreak, which Roembke feared would undo the deal entirely.

The new entity, GCDC, appears to be connected to real estate firm Wolff Co, based in Scottsdale Arizona, according to the Journal. GCDC is registered care of a firm with the same business address as Wolff Co, which has previously been involved in several real estate deals in Northern Virginia. The firm does not appear to have had much involvement in data centers till now, which would suggest that a third party may be involved.