With Northern Virginia bursting at the seams, new submarine fiber could create new hubs in the south of the Commonwealth 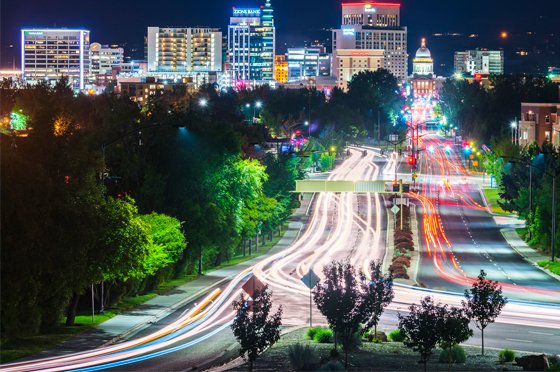 Northern Virginia has arguably the highest concentration of data centers on the planet. In 2018, 115MW of data center capacity was leased by companies in the region alone. This is almost double the 59MW of capacity absorbed in any other US market in a single year, according to real estate firm Jones Lang LaSalle.

But is having that much capacity flowing through one market something to be celebrated? Or is it something to worry about? Many experts think it’s time to start spreading capacity across the Commonwealth of Virginia as a whole instead of letting it concentrate in the north.

Sean Baillie, chief of staff at data center provider QTS, told DCD: “I’ve lived in Ashburn for 19 years and we're running out of easements [permits to dig across land]. We have so much fiber here, and there is nowhere else to dig.

“There is one main core ring in Ashburn, and there's a bunch of sub rings that hang out of it. The main core ring is being upgraded by a company called Fiberlight, and they're digging in the median [the central strip of the road, referred to in some countries as the central reservation].

One of the ways to address the diversity problem is to bring in more fiber from outside the Commonwealth. Until recently, all fiber links to Northern Virginia had to come from other states, with the nearest submarine cables making landfall in New Jersey.

In recent years, Virginia Beach in the south of the Commonwealth has become established as a fiber landing point. Telxius’ Brusa and Marea cables in Virginia Beach arrived in 2018, offering a shorter journey for terrestrial fiber connections to Northern and Southern Virginia, compared with the nearest East Coast landfall 300 miles north in New Jersey.

Spanish for tide, Marea was built by Telxius, the infrastructure arm of the Telefónica group, and funded by Facebook and Microsoft. The submarine cable stretches across the Atlantic from Virginia Beach to Bilbao in Northern Spain. Marea is capable of reaching 200 terabits per second (Tbps) of transmission capacity.

Also built by Telxius, but funded by parent company Telefónica, Brusa (Brazil-USA) is a private cable that offers low latency communication links between the US and Brazil. The cable also departs from Virginia Beach, but lands in Rio de Janeiro, Fortaleza, and San Juan in Puerto Rico.

The need for capacity and the arrival of submarine fiber in the South of the state is enabling growth in southern counties like Henrico and Virginia Beach itself, alongside the established Northern players like Loudoun and Prince William County.

The Virginia Beach authorities are priming the pump with an incentive: sales tax on power, cooling and IT equipment has been dropped to 0.4 percent, and cheaper land prices are also in its favor: earlier in 2019, Digital Realty bought a 13-acre plot in Ashburn, Northern Virginia for a record $2.14 million per acre.

Henrico County is only 100 miles from Virginia Beach, so this year QTS opened a NAP (network access point) there, to offer peering with the Marea and Brusa cables. Telxius also connects to other facilities including Globalinx’s carrier-neutral data center, virtually next door to the landing site.

Two more cables are on their way: in 2020, Google’s Dunant cable, named after Henry Dunant, founder of the Red Cross and first recipient of the Nobel Prize, will connect Virginia Beach to the west coast of France. And SAEx International is building the South Atlantic Express cable, which starts in Cape Town, South Africa.

“Diversity is why we ended up in Henrico County, Virginia,” said Najam Ahmad, VP of network engineering at Facebook, at the launch of the QTS NAP earlier this year. “Ashburn has got a lot of compute power, but it then becomes a very large single point of failure and that is a concern for Facebook.”

There’s one problem says Ahmad: “We need multiple paths to provide diversity. The trouble with subsea, as always, is that if a cable is cut, it might be weeks before it can be fixed. If something's out for that long, you have a good chance to pick up a second failure and cause really massive problems.”

As if in answer to this, Telxius announced in October that it would connect Virginia Beach to New Jersey - the first direct fiber between two landing stations, and a useful extra route for intercontinental traffic.

Marea’s other funder, Microsoft agrees, says the company’s director of global network strategy Frank Rey: “Like any other network provider or network user, we were hit with the outages when Hurricane Sandy rolled through the Northeast of the US in 2012. Because of this we saw a huge need to bring additional diversity to the East coast.”