Increased tax rates could raise $6 million a year for the county, but business leaders say it could stall data center development in the area 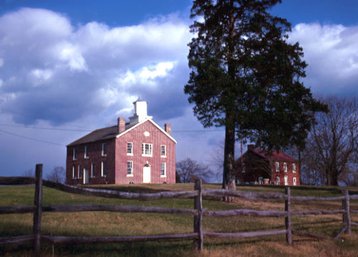 Increasing tax rates for data center equipment could buck the trend for how Virginia counties have courted data center operators in the past.

Prince William industry leaders previously said that a tax increase would hold up business development in the county.

A meeting to discuss the tax rate is set for April 17, but before the tax rise can be agreed upon, the county must hold a public hearing and advertise the proposed rate.

County chair Corey Stewart - who proposed the tax hike - had said that he would not try to increase the data equipment tax rate this year. The chair attempted to triple the data center tax rate last year, but the proposal failed to gain support from county supervisors.

Earlier this year, Stewart said that he would leave politics at the end of his term in November, after a failed Senate run.

Last week we wrote about a tax break proposal for Stafford County – a neighbor to Prince William – that would reduce tax rates on data center equipment from $5.49 of every $100 down to $0.0001, according to county filings.

Scott Mayausky, Stafford's commissioner of revenue, said at the time: “We’re lowering our rates to match Prince William County’s and have adopted the same depreciation schedule as theirs. We’re not giving away anything by lowering the tax rate, because at the current rate, data centers wouldn’t be coming to Stafford.”