Tennis enthusiasts in Prince William County will be disappointed to hear that real estate firm Peterson Companies has jumped on the opportunity to buy 46 acres of land for a data center, instead of a sports club.

The Washington DC developer was originally hired by the United States Tennis Association to facilitate the construction of the recreation center and of the tennis club’s Mid-Atlantic headquarters, but the plans were shelved at the onset of the pandemic. 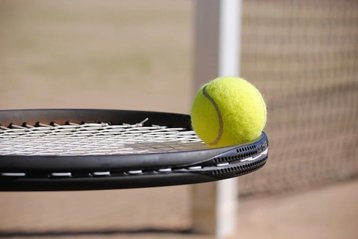 The club still managed to turn a $4.5 million profit on the property, having bought it for $2.5 million in 2018 and sold it to Peterson in November for $7 million, according to the Washington Business Journal.

Taylor Chess, Peterson's president of development, said the company seized on the opportunity to use the space to build a data center as it is located in Innovation Park, which is approved for data center developments and is close to another 125-acre site which it owns and hopes and is in the process of selling a four million square foot (371,612 square meters) 250MW campus.

Developer Stack Infrastructure committed to build on 25 of those acres, with the first module of its campus set to span 700,000 square feet (65,032 square meters) and offer 72MW of critical capacity.

Chess said that given the data center boom in Prince William County and its proximity to Ashburn, the most popular data center location on the planet, it made the most sense to put the USTA property to good use on the crowded data center market.

Chess failed to mention another point that makes the area a magnet for data centers, namely hefty tax exemptions, which the members of the county board considered hiking to bring in more revenue last year, to no avail.

Peterson certainly stands to gain from the development, as prices of land destined to become data centers continues to rise in Prince William County. Earlier this year, a 130-acre plot in Gainesville was sold to an unnamed buyer for $74.5 million (or $773,100 an acre).

Prices are still much more palatable than in neighboring Loudoun County, where Digital Realty recently bought 13 acres of land worth $2.14 million each, and where Cologix spent almost $38 million on 22.6 acres (or $1.68m per acre) last year.

Though no plans for development are set in stone as of yet, Peterson said it would be entering conversations with local utilities to establish a timeframe to bring power to the property.