How many cyclists does it take to run a data center? 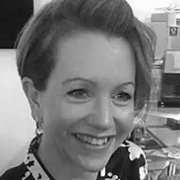 If you could power a data center with cyclists, the practicalities could get very strange indeed

Nowadays we work in an ‘always on’ environment, relying on technology like never before. The infrastructure that underpins business operations is expected to function without fault 24x7x365 to drive efficiency and productivity. However, little thought is put into how this infrastructure is powered so that it never has to be turned off, with data centers as a key example of this.

Let’s think of it in a non-tech sense. A Wattbike is an indoor training bicycle designed to improve cycling performance by measuring power output. It has absolutely nothing to do with powering servers and data centers, but it does inspire an interesting analogy that clearly demonstrates the issues with delivering server continuity. Let’s start by replacing the traditional server power supply with cyclists – how many would it take to run a rack of servers in a data center? 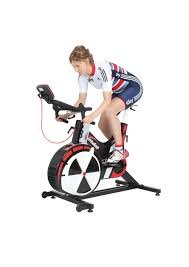 With a little bit of imagination and some basic maths, the answer can roughly be calculated based on FTP – not File Transfer Protocol, but Functional Threshold Power. In the world of cycling, FTP represents a cyclist’s highest possible power output over 60 minutes.

If the average test result yielded 200 watts i.e. 0.2 kW, and you were relying on cyclists to run your data center, it would take about five of them at that standard to power a couple of servers for an hour. After that fresh legs would be needed, so based on an average of five cyclists per hour, even this tiny data center would need 120 per day to keep its servers running.

It doesn’t stop there though. In order to build in some resilience you would need a batch of reserve cyclists and somewhere to keep them to make sure they were healthy (i.e. maintain and test them). You would also need to make sure that all of the bikes were up to scratch and that you had “cold standby” bikes. If you wanted cyclists with a higher FTP than 0.2kW then you would need fewer of them, but they would be bigger to store and harder to source – particularly if they are professional cyclists!

Although a rather fun analogy, it does make one pause to consider what is actually needed when powering an ‘always on’ business IT infrastructure. While many elements go into creating a truly resilient environment, power really is at the center of it. There is a lot that can be done on-premise – with air-conditioning units and an uninterruptable power supply (UPS), but what if there’s a power cut and your UPS fails? Or if your air-conditioning decides to give up the ghost in the middle of the hottest day of the year and your hard disks start to melt? Are you testing these things to make sure they will work when you really need them – and what is the contingency if they don’t work? Back-up internet lines are costly, not to mention the investment needed for dual UPS and N+1 air conditioning units.

In a data center the power, amongst other things, is guaranteed so that you know your servers will always be on. Data centers not only have N+1 power (a set of generators plus a spare one), they often have N+N (a generator set plus a whole spare generator set) with the same resilience applied to the UPS to provide the comfort of 100 percent uptime.

If the grid power goes off, the UPS kicks in and has the ability to run well past the point that the generators take over the power load. If any of those things fail there is a backup to take over so you will be completely unaffected because the infrastructure has been designed to be totally seamless.

Data center supplier must think of things that customers will not have thought of and some data centers have evolved to provide comfort to even the most paranoid risk assessor. For example, top range facilities have two diesel tanks on site to power the N+N generator sets with separate fuel contracts in order to remove the risk of a contaminant affecting both supplies.

Whether you run a small or large organization, server continuity for maximum work output is fundamental. If you cannot build the infrastructure and undertake the maintenance needed, a data center full of cyclists is sadly not a practical option, but playing with the concept reveals the kind of measures required in the real world.