As part of the deal, QTS has contributed half of a 118,00 square foot hyperscale data center in Manassas, VA, worth $240 million. 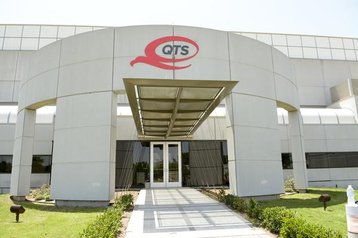 Alinda Capital said that it is willing to contribute up to $500 million in equity capital to QTS over the next five years. In total, the firm could provide up to $1 billion of funding to support QTS’ hyperscale ambitions.

Alinda Capital currently owns approximately $7 billion worth of assets, but this investment with QTS would mark its first foray into the data center market.

The company’s roster includes traditional assets such as Heathrow Airport and the Heathrow Express rail service, the Virginia International Gateway shipping container terminal, and the Maurepas Pipeline, which transports oil for Shell in southern Louisiana.

As part of the joint venture, Alinda will own half of the $240 million, 26MW data center QTS is building in Manassas, Virginia, leased to a single tenant – a hyperscale cloud operator which QTS did not name.

However, a recent report by North American Data Centers revealed that the secret leaseholder is American cloud software company Salesforce.

Salesforce currently leases the entire powered shell as well as 9MW of data center capacity in the Manassas facility. QTS previously said it expects the customer to scale up to the full 24MW of gross power capacity available at the data center in a two year period.