The largest data center in Africa

Teraco Data Environments has begun building a $250m data center in South Africa which it says will be the largest facility on the continent.

The 38MW data center will be built in Johannesburg, South Africa, and constructed over two phases with funding from shareholders and its main lenders including Berkshire Partners. 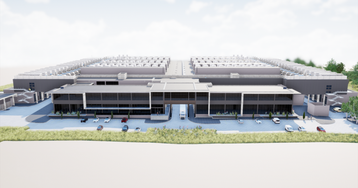 JB4 is a direct result of a growing demand for network and interconnection services in South Africa and is Teraco’s seventh data center development located in the Ekurhuleni Aerotropolis located around the Tambo International Airpot.

Teraco’s CEO, Jan Hnizdo, said “We are building this latest data center to hyperscale, as we expect additional large cloud providers will want to deploy here to ensure a good user experience for the growing African market. South Africa is strategically located at the tip of the African continent and as a result, is positioned as a technology and data center hub for sub-Saharan Africa. This is further underpinned by growing undersea and fiber connectivity to the rest of Africa.”

Africa has been receiving a lot of investment from large global companies in recent times with the likes of Amazon, Huawei, and Microsoft at the helm. Most investment has been in South Africa, where companies like AWS and Microsoft have been busy establishing cloud regions.

Google has been looking to build and launch the Equiano Cable, a transatlantic submarine cable that will connect Europe, the US, and include Western and Southern Africa.

In more recent weeks, DCD has been covering Liquid Telecom’s data center expansion in South Africa. The company, owned by Strive Masiyiwa has raised around $307m for its continental expansion (although the company also raised funds to clear debts) and has been in the works to take over and develop a data center in Samrand.