Huawei is at the helm of the continent's digitization

A Tier III (Design) data center has been built in Cameroon by a Chinese consortium that includes Huawei.

The $15m Camtel NBN II, also called the Zamengoe data center, is a 3,000 sq m (32,000 sq ft) facility on the outskirts of Yaounde, the capital of Cameroon. It was funded with a loan from the Chinese government.

A safe haven for Huawei 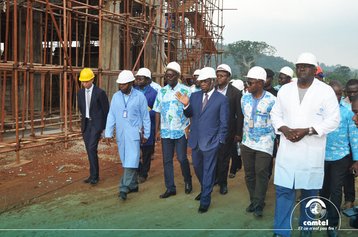 The general director of Camtel, David Nkoto Emane, visiting the site in 2018 – Camtel

Huawei will deploy new base stations, and share facilities and solutions with Rain to help it conduct the rollout quickly and cheaply.

5G comes in two versions either SA or NSA (non-standalone) networks, with the former being independent of 4G infrastructure.

In the first phase of rollouts, Rain will deploy a number of 5G sites in Johannesburg. 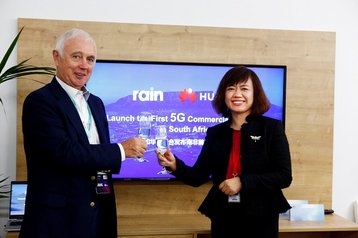 Jacqueline Shi, president of Huawei Cloud Core Network Product Line, added: "It is an important step to work with Rain in bringing the first 5G network construction in South Africa.

"With our leading solutions, we are committed to working with operators and partners to build future-oriented networks for smooth evolution and migration for the maximum value out of their investment and the best user experience."

The announcement comes after several severe setbacks for Huawei following several countries banning the company's 5G equipment outright, including the US, UK, and Australia. The CFO of Huawei is also under threat of extradition to the US by Canadian authorities.

Chinese companies have been investing heavily into Africa, with Huawei spearheading most of the initiatives by China to reach out to the continent.

It was also agreed that Huawei was to build a National Cloud Data Center, Smart ICT Network, Public Safe City and Smart Traffic Solution, and a Government Cloud and Enterprise Service.

Back in 2017, Zambia also agreed to work with Huawei and opened up a $75m data center as part of the Smart Zambia project by the country where it hopes to digitize its economy by 2030.