In a smart village near Cairo

Telecom Egypt is building a data center in the West Cairo Smart Village.

The facility will open in early 2021 and link to submarine cables connecting 60 countries from the company's ten cable landing stations dotted along the Mediterranean and the Red Sea. 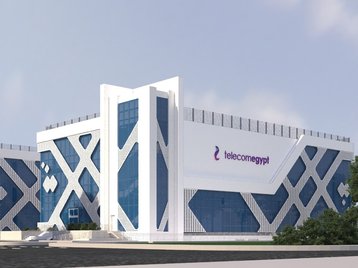 An artist's impression of the TE data center – Telecom Egypt

The Telecom Egypt Regional Data Hub and is certified Tier III by Uptime Institute for its design, with the company hoping to gain Tier III constructed certification once built.

The facility can house up to 2,000 racks over four colocation facilities housed on the data center's grounds, making it the country's largest colocation site.

TE operates six data centers in Cairo and Alexandria and the company has said it will expand in the future at several other unnamed sites.

Egypt's Smart Village is based out of the city of the 6th of October, west of Cairo. October's IT and science district, where the data center is being built, will house government agencies, financial authorities, educational institutions, and R&D centers.