Angry residents of Warrenton, Northern Virginia, showed up at a Town Council to demand the council reject a proposal for a giant Amazon data center.

Amazon filed to build a 220,000 sq ft data center in June, on a site in Warrenton, Fauquier County. It will be months before the town council makes a decision on the project, after hearing from the Planning Commission. Residents fear that the Commission is already set to approve the Amazon deal as part of a policy of wooing data center builders, and are complaining now about new overhead powerlines the data center would require. 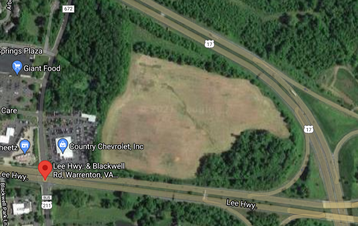 Already since June, a further 60 acres of land has been put up for sale to potential data center builders.

“We will be following the Planning Commission process very closely,” Mayor Carter Nevill. Nevill told concerned residents at the Tuesday night meeting, according to Fauquier Now. “And when that time does come ... [the Planning Commission’s] recommendation, whatever that may be, will be reviewed by us in earnest and with care and informed consent as we move forward.”

In August 2021, the council passed new zoning ordinances proposed by the Planning Commission, which would allow data centers in the town, with a special use permit. It was only one month later that Amazon bought 41 acres of land on the corner of Blackwell Road and Lee Highway for $40 million. In 2022, Amazon applied to build a data center there.

Since then, Dominion Energy has filed proposals for a substation on the Amazon property along with 230kV transmission lines to get bring power to the data center. If the data center is approved, then Dominion is required by law to power it, using whatever means necessary to get the power there. Dominion has suggested eight possible routes for the powerlines. 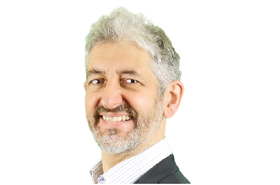 How long till Loudoun demands microgrid power for data centers?

Both projects have faced opposition, with residents initially calling for power lines to be built underground.

Now, according to Fauquier Now, protesters are changing tactics and simply calling for the Amazon data center to be rejected, as this could make the Dominion power lines unnecessary.

Residents along the proposed powerline routes complained that they would not have bought their homes if they knew they would be next to 230kV lines.

“I feel like a fool right now because I closed on this property just 30 days ago, and I thought it was my dream property,” said Vint Hill resident Andrew Hirsch, “... but there's no way I'm going to have my children growing up between 200 to 100 yards from 230[KV transmission lines] ... It's not going to happen.”

“I want to let each and every one of you know that you have the chance to change my life for good or for bad,” said Ann Kehoe of Scott District. “I do not want to look out my back door and see power lines ... I'm begging you all. Think of the people. Think about how you would feel if this was in your backyard – how it would impact you.”

The protests in Warrenton, Fauquier County come after Norther Virginia has seen a continued and accelerating expansion of data centers holding its position as the world's top data center hub for many years.

Originally concentrated in Loudoun County, data centers are now being developed in other counties including Prince William, Culpeper and Fauquier. But residents of Prince William have complained about "catastrophic noise" from an Amazon facility's cooling systems this week, and has seen an ongoing struggle over developments near a historic battlefield.

Residents in Virginia's Culpeper County are suing to nullify a rezoning decision by local officials and prevent the development of an AWS data center.