North Virginia residents' groups say they have had enough

The HOA (home owners' association) Roundtable of Prince William County, and the Great Oak community HOA from Manassas have joined in issuing a strongly worded complaint to the Board of County Supervisors, objecting to "extreme industrial noise" which continues "24x7 with no regulation in place. 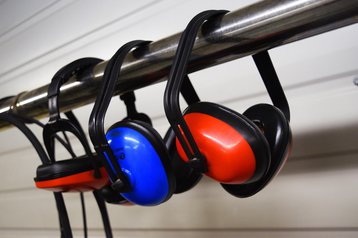 The local groups say the industrial noise is "inundating their neighborhood without reprieve", and they will play video and audio recordings of the noise at today’s Board of Supervisors' meeting at 2pm.

The residents' groups want the Board to take swift action to relieve the situation, pointing out that in Chandler, Arizona, complaints about data center noise dating back to at least 2018, recently prompted local government to deny future data center developments.

"It is time for Prince William to consider what Chandler did to protect the health and well-being of its residents," says the group's statement.

The group objects particularly to noise from Amazon’s Tanner Way data center campus in Manassas. Amazon is currently doing building work in Manassas, but the protesters say the noise they want stopped is the continuous sound of air conditioning units on top of the data center buildings.

This noise is "overwhelming the adjacent residential community of 291 single family homes known as Great Oak," say the protesters.

The Prince William County board specifically excluded air-conditioning noise from regulation in a 1989 ordinance under which these data centers have been built.

"As a result, the County has no legal ability to control noise at any level from data center cooling equipment, causing distress to nearby residents who are now suffering from sleep deprivation and other medical-related issues, including pets who’ve lost their appetites."

The group alerted Ann Wheeler, chair-at-large of the board on July 7, and told staff to study the issue of noise on July 12, but the protesters say her action has failed to address data centers directly, and does not deal with the "immediate crisis facing residents such as those at Great Oak".

The group wants data center approvals to halt in Prince William County, until the Board addresses noise issues.