Amazon has filed an application to build four data centers on a currently empty plot of land in Manassas, Virginia.

Set across three joining plots, the 80-acre property sits between Ashton Avenue and Sudley Road and next to Manassas mall in Prince William County.

Long used as a family farm, the site is currently owned by the estate of Lewis Percival Ashby Jr. and Amazon is petitioning PWC’s planning commission with rezoning, comprehensive plan amendment, and special use permit applications.

The property is outside the county’s ‘Data Center Opportunity Zone Overlay District,’ which providers greater allowances for data centers, but the overlay district is currently being re-exanimated for potential expansion by local officials. 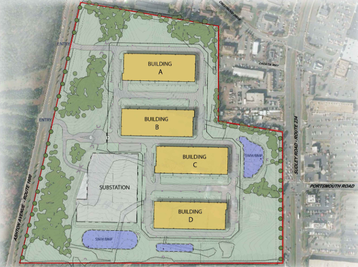 “The Data Center Opportunity Overlay District lies just to the southwest of the Property, across Aston Avenue,” reads the application. “While it does not extend to the Property, there is no meaningful difference between the Vulcan Quarry and the Property in terms of data center development potential or access to infrastructure.”

The company is proposing to build four two-story data centers and a substation on the site. Each building would have a total floor space of 256,500 sq ft (23,800 sqm).

The Prince William Times reports that County planners are currently reviewing Amazon’s application. No public hearings on the applications have yet been scheduled.

Amazon already owns a large number of data centers in Northern Virginia, including elsewhere in Manassas, as well as Ashburn, Chantilly, Haymarket, and McNair. Its expansion plans in the area also go beyond this single application.

The company recently applied to build a data center in nearby Warrenton, Fauquier County. It hopes to buy more than 40 acres of land in the town, but only if officials update local rules to allow data centers to be built there.