This appears to be Yondr's first US foothold

Planners in Prince William County, Northern Virginia, have recommended backing a data center application that seems to have come from European developer Yondr.

The County's planning commission has backed an application from JK Land Holdings to rezone nearly 200 acres so data centers can be built there. The application does not name JK's client, but the announcement came hot on the news that JK Land Holdings had bought 270 acres in Prince William and Loudoun for Yondr, with plans to build up to 500MW of capacity - leading local news site Inside Nova to conclude that the plans are on behalf of Yondr.

The application still needs approval from the County's Board of Supervisors. 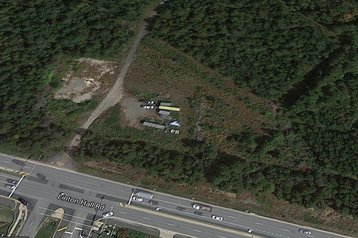 The hyperscale builder is little-known outside Europe but announced a $2 billion data center expansion plan for North and South America last month. While JK Holdings reportedly has not got a final end-user yet, the planning meeting happened the same day on which Yondr announced JK Holdings was buying land for it in Prince William and Loudoun. The Washington Business Journal reported Yondr's site in Prince William County is near Gainesville.

Yondr has said it will be building ‘in close proximity to Northern Virginia’s major fiber path and power transmission lines,' and aims to have its first capacity ready for service in late 2022.

“With our Americas expansion plan in full swing, being strategically located in Northern Virginia will allow our clients to access the country’s largest data center corridor,” said Éanna Murphy, SVP of Operations, Americas at Yondr Group.

JK Land Holdings has applied for permission to build on property north of the junction of Linton Hall and Rollins Ford roads, near Piney Branch Elementary School and a planned new high school. The proposal wants to build three data centers with a maximum height of 75 feet, leaving 89 acres undeveloped and with 40 percent of the property kept as open space.

According to Inside Nova, Edith Rameika, trustee of the E.V. Hunter Trust, is still listed as owner of the property in county real estate records. The Hunter family bought 1,074 acres in the Gainesville area for $14 million in 1998. The agricultural land is now surrounded by business and residential sites, and the Hunter Trust has been rezoning and selling it. Some has already been rezoned for homes.

JK Holdings has not said how much the land cost, but Prince William's emergence as a data center hotspot has boosted land prices recently, with two of the parcels going up from $1.37 million in 2012 to $3.42 million this year.

The planning commission insisted on a 100-foot landscape buffer between the land and nearby homes. The proposal would requisition a small road called Casey Lane and merge it into the buffer. Residents and commissioners raised concerns that this would effectively produce a much narrower buffer, allowing noise in the housing estate.

“This project raises more questions than answers. We’re not even sure what type of buildings are going up around our community,” said one of the commissioners, Dr. Steve Pleickhardt, Inside Nova reports. “I’ve been here 17 years. I would have never selected a home surrounded by data centers.”

There may also be an unmarked cemetery on the site: the developer will fund an archaeological study to find it and mark it off.

The developer has also promised $2.46 million for the county to handle the impact on water quality and fire and rescue services, and will make improvements along Linton Hall and Rollins Ford roads.

A Yondr spokesperson responded to DCD's query: "We do not comment on speculations."