Quantum computing firm Oxford Quantum Circuits (OQC) is to make one of its quantum systems available to customers from a Cyxtera data center in the UK.

The two companies announced this week that customers will soon have access to quantum computing-as-a-service via Cyxtera’s Reading Data Center Campus LHR3. Specifications of the quantum machine were not shared. 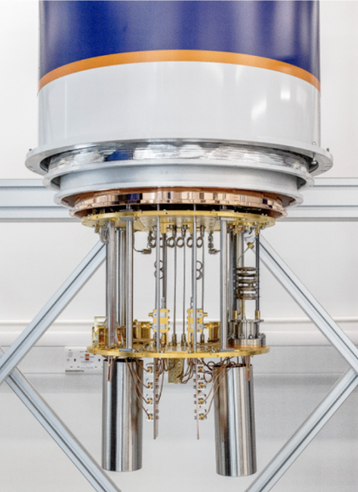 The companies said this is the world’s first integration of a quantum computer into a colocation data center.

Customers throughout Cyxtera’s UK facilities will be able to access OQC’s quantum computer via the Cyxtera Digital Exchange, reducing latency times for quantum algorithms and use cases.

“For quantum computing to be genuinely accessible and fully realize its potential as a technology, it must seamlessly integrate within a businesses’ current computing and data management infrastructure,” said Dr. Ilana Wisby, Chief Executive Officer, OQC. “At this stage, it simply cannot work in isolation. Thanks to this pioneering partnership, we will give Cyxtera’s customers direct access to our latest quantum computer—within their data centers, at the click of a button—without making any changes to their operations.”

OQC said it selected Cyxtera due to the ‘company’s vision for making innovative technologies more accessible’, as well as its ability to easily connect OQC’s quantum-as-a-service platform to multiple customers, and to accommodate unique hosting requirements, such as cryogenic systems.

Most quantum computers today are accessible “as a service” via the public cloud, or via private cloud services out of quantum company’s own facilities.

Companies such as IonQ operate its own data center in Maryland while its systems are also accessible through the likes of Azure and Google Cloud.

IBM operates a number of Quantum machines out of a data center in New York it has made available through a portal, but has also signed agreements to install a number of on-premise facilities in Europe, Asia, and North America. It is also installing more machines at IBM facilities in various markets including Japan and Canada.

LHR3, on Eskdale Road in the Winnersh Triangle Business Park in Wokingham, is a single-story, 28,652 sqm (308,400 sq ft) building offering 6MW of capacity.

UK startup OQC, out of the University of Oxford, says its Coaxmon technology uses three-dimensional architecture, rather than 2D circuits, that simplifies fabrication and improves coherence of quantum systems, which it claims boosts scalability. It operates the 4 qubit Sophia system, hosted at its lab in Thames Valley Science Park, Reading. It offers access to its systems out of its own private cloud and access to its 8-qubit Lucy quantum computer via AWS. The company raised £38 million ($40.5m) via a Series A funding round earlier this year.