Company to offer 8MW across 3,000 sqm, has sights set on second facility in the city

Australian data center firm NextDC has provided more details about its plans for a data center in Darwin, Northern Territories.

Located at 2 Harvey Street in Darwin’s central business district, the upcoming D1 site is expected to accommodate a data center facility capable of approximately 8MW of capacity across 3,000 sqm (32,300 sq ft) of technical space. The 15 data halls will offer the capacity for 1,500 racks. 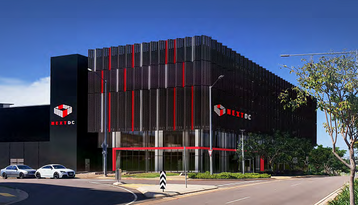 First announced in October 2021, the plans are still subject to development approval, but the company is aiming to launch in 2023. According to Google Maps and a Knight Frank listing, the site at Harvey Street is currently empty and undeveloped.

Vocus, the facility’s anchor tenant, will host its new services and associated infrastructure in the D1 facility. The data center will also support Vocus’ in-progress fiber infrastructure deployments in Australia’s north, including the Darwin-Jakarta-Singapore Cable system and the Project Horizon fiber between Darwin and Perth via Port Hedland.

“NextDC’s commitment to supporting the Northern Territory’s goal of becoming a key destination for digital growth extends beyond our initial D1 development,” said NextDC CEO, Craig Scroggie. “We have also secured the rights for an additional and significant land parcel for our second Darwin site (D2). This site is in excess of 15 hectares and will provide additional capacity for the long-term development of a hyperscale campus designed to serve the emerging Asia South region connected to Darwin by new international submarine cable networks.”

The facility will also include a 435 sqm (4,680 sq ft) Innovation Centre; a purpose-built collaboration hub that will promote research, development, and new incubator programs.

“This investment will help us diversify and strengthen the Territory economy,” said NT Chief Minister Michael Gunner. “Not only will it create jobs for Territory tradies during construction, but the innovation center will spur the growth of tech businesses here in the Territory and create digital careers for locals.

As well as Darwin, NextDC has facilities in operation and development in Brisbane, Canberra, Sydney, Melbourne, Perth, and the Sunshine Coast.