Australian data center firm NextDC has bought a plot of land in west Sydney for a new data center development.

Covering approximately 124,000 sqm (1,334,724 sq ft), the site in Horsley Park in New South Wales will be home to the company’s fourth facility in the city, known as S4. Subject to Development Approval, NextDC says it is expected to accommodate a data center facility of up to 300MW of capacity.

“The demand for premium quality data center assets in digital gateway regions such as Sydney continues to reflect the growth trajectory of technology infrastructure over the next decade. NextDC looks forward to being able to offer our customers dual availability zone solutions across our existing S1 and S2 Macquarie Park and S3 Gore Hill metropolitan data centers as well as this new S4 hyperscale campus in Western Sydney.” 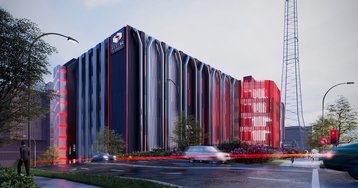 “Horsley Park is located in a very attractive area within the western Sydney industrial market strategically positioned relative to major transport, power, and infrastructure links,” said CSR Managing Director and CEO Julie Coates. “We have delivered transactions across a number of stages to minimize disruption to our PGH Bricks business which operated at the site until April 2021.”