Green Mountain has expanded its DC3-Oslo data center in Norway.

The company said this week it has added a 4MW building to the site, doubling its capacity. The nine-month project also added a new backup generator set. 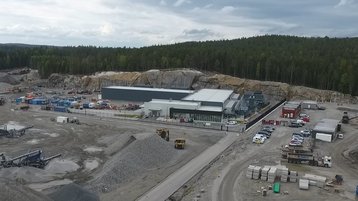 Green Mountain CEO Tor Kristian Gyland said the company has secured power and land to “grow this site for several years to come.”

The company said the new building was a built-to-suit project for a ‘large international cloud provider’ and was delivered ahead of schedule despite Covid-19.

“The project progressed nicely although the Covid-19 situation posed challenges with for instance equipment deliveries. However, we managed to find alternative solutions and actually completed the project a few days ahead of schedule," said project manager, Håvard Lurås.

As well as DC3-Oslo, the company also operates the 7.5MW DC2-Telemark facility in Rjukan. It also has plans for a campus in the Kalberg Valley, and earlier this year bought 50,000 sqm (538,000 sq ft) at the Haugaland Business Park in Gismarvik for a new data center.