Green Mountain is planning to develop a “cluster” of data centers in the Kalberg Valley, Norway.

This campus will follow the establishment of an electrical substation and direct fiber connections to the UK and Europe. Green Mountain says the project in the Kalberg Valley is intended to attract international hyperscalers, colocation providers, and enterprise customers.

The data center company is in talks with several of its stakeholders to develop the site so that the company can compete with traditional European hubs. 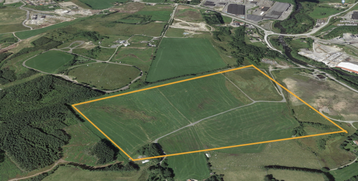 The location of the proposed data center campus – New Kaupang

Green Mountain CEO, Tor Kristian Gyland, said: “There are few places in the Nordic region where the conditions are as favorable as at Kalberg. We already have requests from several international clients. We expect the area to grow bigger than the cluster in Luleå, Sweden, where Facebook has established itself. I am confident that this is the most promising area for data center development in Norway today.”

The location is a 22 hectare (54 acres) plot with immediate access to 3MW of power and 10MW in 12 months. It is about 30 minutes south from the city of Stavanger where there is an international airport, deep seaports, and a railway.

The company says the region is ideal because of the new substation built at Fagrafjell by the utility Statnett. The station is expected to be completed in 2023.

The substation is fed from three separate hydropower dams and is expected to be supplied by wind. It is understood, Kalberg will have access to this substation and will be able to get a power supply 300MW within 36 months as the station is developed.

Green Mountain's first facility, DC1, is a 26MW data center in a former Nato arms storage bunker, about 30 minutes north of Stavanger. A second facility (DC2-Telemark) with up to 35MW of power has been established, and subsequently expanded, in Rjukan, the other side of Norway. The company also has a data center in Oslo.

DC1 and DC2 are Tier III certified, run on hydroelectric power and rely on surrounding mountain water - or in the case of DC1 sub-glacial fjord water - for cooling. 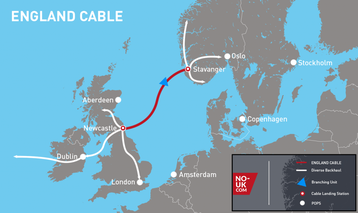 Green Mountain is part of a consortium building a new submarine cable, the Englandcable which will provide connection from Norway across the North Sea. The 700km (435 miles) Englandcable will be deployed in 2021 and from its cable landing station (CLS) will be sited in Green Mountain’s Stavanger data center. The cable will also be linked to the Euroconnect-1, a larger fiber network operated by the subsidiary of Altibox, Lyse.

The 160 terabit Euroconnect-1 will link Norway to London, Brussels, Amsterdam, and Hamburg. The British connection will lead to a CLS in Seaton Sluice, a village in northern England, and feed cables into Stellium DataCentres' facilities in the Cobalt Business Park, Newcastle.

The consortium backing the Englandcable consists of Green Mountain, Lyse, Haugaland Kraft and BKK, the Hatteland Group, and Ryfylke IKS.