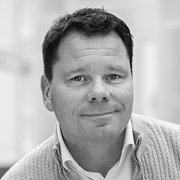 Christoffer Svanberg is the CEO at Node Pole

As stakeholders are increasing their pressure on data to become green, the time for us to act is now, argues Node Pole’s Christoffer Svanberg

As a business leader in 2021, it must be nearly impossible not to have understood both the gravity and importance of climate challenge. Everywhere we look, we are surrounded with evidence of the fact that it’s no longer a question about if we will address the issue, but rather when and how. 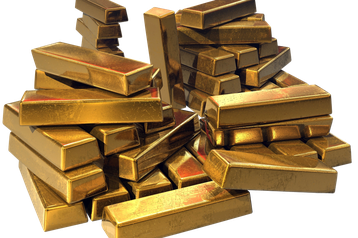 Looking at the consumer side, we have seen many other industries buckle under the immense pressure and influence of customers to go green. While data centers are still flying under the public radar, and have until now avoided scrutiny for the harm that outdated data centers still running on fossil fuels are doing to the planet, the situation is likely to change shortly.

It is surprising that large parts of the data center industry seem oblivious to this fact, and the lack of action and preparation for this paradigm shift is highly surprising.

Our recent study of more than 4000 consumers from around the world indicates that seven out of ten customers would be willing to pay more for green data. With this great demand, it is only a matter of time before the questions starts to surface in both media and public debate, which will significantly increase the urgency for consumer-facing internet services to establish or procure green data center services.

How Node Pole helped establish Sweden as a new hub for data centers in Europe.

Looking at the legislative calendar of the European Union, we have the updated energy tax directive, updated industry emissions directive, and a review of the EU’s emissions trading schemes all coming up within the next year: it is clear that the pressure is increasing from all directions.

It is time for the data center industry to wake up before it’s too late. Leaders and decision makers in our industry must understand the importance and influence of these updated regulations, and start thinking about how their established strategies will affect their ability to remain competitive in the new legislative landscape.

Historically, most industries have resisted the green industrial revolution. This includes the data center industry. Two of the most common arguments against revolve around the lock-in effects of existing investments and the commercial feasibility of green business models. In the data center industry, however, we are fortunate enough to have to opportunity to overcome both of these obstacles.

The data center industry today consists of over more than seven million data centers, but with the explosive growth of demand for data center services the industry is expected to almost double its total investments between 2019 and 2025.

Seven out of ten customers would be willing to pay more for green data Christoffer Svanberg, Node Pole

If we are not cautious about how we locate these new data centers, the climate impact of our industry could grow significantly instead of being reduced. As such, the strategies of the 2020’s will define the data center industry for a generation. We must use the opportunities presented by these new investments to secure our contribution to world’ green future.

This leads us in to the second argument, regarding green business models: the origin and carbon footprint of the electricity used to run a datacenter is the key determinant for how sustainable it is.

A common fallacy from the logic of other industries may tempt the conclusion that using green energy must be far more expensive than that produced from fossil fuels, which would make green data centers commercially unfeasible. While true in some cases, there are indeed green ‘safe havens’ across the world offering both green and cheap electricity.

One example is the region of northern Sweden that enjoys some of the world’s lowest electricity prices, with an electricity supply that has virtually no carbon footprint at all.

We have the updated energy tax directive, updated industry emissions directive, and a review of the EU’s emissions trading schemes all coming up within the next year Christoffer Svanberg, Node Pole

These favorable conditions were recognised by tech giants such as Facebook almost a decade ago, and others soon followed suit. This has spurred a 21st century gold rush to northern Sweden and other regions that offer similar conditions and opportunities.

While this development is positive for the industry and the climate, it is still surprising that so many new data center establishments are focused on high-carbon electricity areas, especially the ‘FLAP region’ – Frankfurt, London, Amsterdam and Paris.

Looking at the regional development in, for example Germany, new data centers established there will likely have a hard time remaining competitive in the new EU legislative landscape. With electricity from fossil fuels increasing and no clear plan for the energy transition, data centers in the region will likely carry a heavy climate burden going forward.

It is a unique opportunity for all of those looking to expand and invest in new data centers to use these green field regions with cheap and green electricity to secure a long lasting competitive advantage. Looking at the development in both EU legislation and consumer demands, those who can secure access to attractively priced green electricity will be far better off in the coming years.

Guidelines for the data center industry’s green future is as follows: