Yandex's data center in Finland has been cut off the electricity grid as a response to Russia's invasion of Ukraine. It is currently running on diesel, according to reports.

The Russian search giant's 40MW facility in Mäntsälä, Finland, was cut off by the local energy company Nivos Energia Oy, according to Russian news service RBC. The reasons for the disconnection are not clear, as Yandex is not currently on sanctions lists, but its news and blogging services, as well as a senior executive, have been criticized for spreading Russian propaganda. 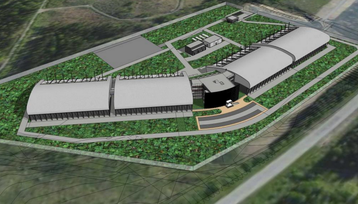 Mäntsälä is Yandex' only data center outside Russia, and is used to service requests from other countries.

Yandex, often referred to as Russia's equivalent to Google, is registered in the Netherlands, and has four data centers in Russia, as well as Mäntsälä. In 2021, the company announced plans to expand its cloud business into Germany, but these plans are presumably on hold since Russia invaded Ukraine.

After criticism of its news and blogging services, Yandex has announced that it is selling them to the Russian social media service VK, a move predicted back in March, when deputy CEO deputy Tigran Khudaverdyane was forced to resign when he was hit with sanctions by the European Union. Yandex is registered in the Netherlands for tax purposes, so sanctioned individuals can no longer work there.

Before the weekend, Yandex confirmed to RBC that its data center was still online but "temporarily" running on diesel generators, saying the company was "renegotiating" its contract with Nivos.

For its part, Nivos confirmed there was a power outage at Yandex, but did not give a reason for terminating the contract.

DCD has contacted both parties asking for clarification of the current situation.

The situation is potentially complicated by the fact that Nivos relies on waste heat from the Yandex facility to heat local homes in a district heating system, which has been in operation since at least 2015. The Yandex facility was built in 2014, and has two independent 110kV power feeds from Nivos.

Nivos has not yet posted any information about power cuts to the data center, but back in March it assured customers that the heat would continue to flow, and it would only sanction Yandex if required to do so by the EU: "With the anti-Russian actions caused by the war in Ukraine, we must weigh up our cooperation with the Russian-owned Yandex on a case-by-case basis," said a statement from Marko Ahl, President and CEO of Nivos. “We strongly condemn the Russian invasion of Ukraine and stand by the people affected by the war. Our primary task in this exceptional situation is to act responsibly and ensure that we supply our customers with heat, clean water, and electricity."

Local homes get up to 75 percent of their heat from the district heat system, which has cut CO2 emissions from heating there by 50 percent. The Yandex data center is powered by local Finnish wind energy, "From the industry's point of view, the cooperation has good effects," says the statement.

“Utilizing waste heat in the district heating network is the best possible ecological heat source," said Ahl in March. "If the situation so requires, we would have to replace waste heat mainly with Russian natural gas and light fuel oil. At the same time, our carbon neutrality goals would inevitably take a backseat."

In early April, Nivos Energia announced it is buying a bioheat center from local firm HansHeat, which uses wood pellets or grain as fuel. It is expected to provide one-third of the energy for the region's district heating system, and could possibly replace the energy from the Yandex data center. "The plant is an important step in our plan to reduce our dependence on fossil fuels and energy from Russia," said a Nivos statement at the time.

"Russia's invasion of Ukraine has accelerated our work to develop district heating," said the statement. "In the short term, we have prepared to replace the current energy sources of district heating with backup fuels if necessary, and to consider co-operation with the Russian-owned Yandex Oy on a case-by-case basis."

If the Yandex facility runs on diesel for any length of time, the carbon intensity of the heat will be altered, and we do not know the source of the diesel it is using.

RBC calculates that running a 40MW data center on diesel would require 12,000 liters of diesel fuel per hour, at a current price of €2.175 per 1 liter, working out at more than €600,000 ($630,000) per day. a Russian data center expert Alexey Soldatov, CEO of DataPro told RBC that it is more likely that Yandex will lower the load in its Finland facility, to as low as 1MW, shifting work to its Russian facilities.

Update: Local news report that Yandex's electricity supplier Nivos has said that it was cut off because it has no energy contract after the previous agreement expired at the end of last month.

The Russian company has told DCD is it currently looking for a replacement energy seller and is running the facility on diesel in the interim.

DCD has asked both Yandex and Nivos why the contract was not renewed.