Businessman Robert Bailey was sentenced to 18 months in federal prison for paying a bribe to an FBI official after pleading guilty. 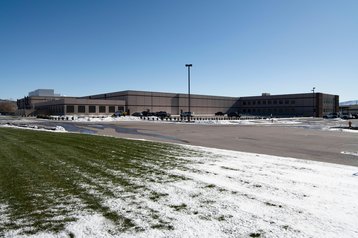 “Mr. Bailey breached that trust and now faces the consequences of his actions. The Court’s 18-month sentence sends the appropriate message to Mr. Bailey and other similarly-situated government contractors: take the public trust seriously or wind up behind bars.”

Bailey acquired Chantilly-based construction management and operations business L-1 in 2001, and became a business acquaintance of Heslep in 2008.

As Management and Program Analyst, Heslep was able to manage construction and services contracts for the FBI around the US. In 2017, he was made the Contracting Officer Representative for the 140,000 square foot (13,000 sq m) Pocatello data center.

At the same time, he was receiving payments from Bailey and L-1. From 2016 to 2018, Heslep received $120,000 across 18 deposits, which was used to pay off loans, contributed to the mortgage, and personal expenditures including a pair of $5,300 earings.

A further $8,128 came in the form of gifts, including first-class airfare, hotel accommodations, and tickets to a Dallas Cowboys football game.

The intent of these payments, the court says, was to curry favor on the Pocatello project. This included the FBI paying $16,000 monthly per diem payments for L-1 employees that stayed at Bailey’s house instead of a hotel. The FBI's Heslep also included Bailey's edits in the statement of work to a $12.2 million construction and services bridge contract that L-1 was the subcontractor on.

“Bailey bribed an FBI Contracting Officer Representative in order to gain personal advantages in the contracting process,” said Douglas B. Bruce, special agent in charge of the Department of Justice Office of the Inspector General Denver Field Office.

"Today’s sentencing shows that those who seek advantages through disingenuous means like bribes will be held accountable."

The Pocatello data center opened in 2019, consolidating nearly 100 data centers (including small server rooms) across the Department of Justice.

In addition to hosting the FBI, it is used by the US Marshal Service, the District Attorney, the Bureau of Prisons, and the Treasury Department.