A Federal Bureau of Investigation official has been sentenced to over three years in prison for accepting bribes during a data center construction project.

The District of Idaho’s Department of Justice this week said the now-former analyst James Heslep had been sentenced to 39 months for receiving a bribe by a public official and 36 months for making a false federal income tax return, to be served concurrently.

“A 39-month sentence is significant and sends the appropriate message to Mr. Heslep and other public officials entrusted with influence over government contracts,” said Acting U.S. Attorney Rafael M. Gonzalez, Jr. “Public service is a public trust. The people of Idaho must be confident that when that trust is breached, there will be severe consequences no matter who you are or where you work. This investigation, this prosecution, and this sentence delivers that message clearly and forcefully.” 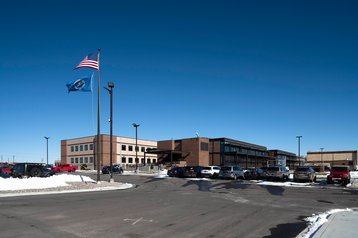 James Heslep was a Management and Program Analyst with the FBI, and responsible for managing construction and services contracts for FBI buildings across the country.

Heslep was the Contracting Officer Representative (COR) for the project, holding management and oversight responsibilities over the data center’s construction.

From 2016 through 2018, Bailey and L-1 made illegal payments and gifts to Heslep hoping to get beneficial contracts and treatment on the data center project.

Bailey and L-1 illegally made 18 deposits totaling $120,000 into a bank account controlled by Heslep from which he made payments on loans, mortgage, and credit card, as well as car, holiday, and luxury items including a $5,300 pair of diamond earrings.

In return, Heslep made authorized $16,000 monthly per diem payments from the FBI to Bailey for L-1 employees who stayed at Bailey’s house instead of a hotel, asked for and included Bailey’s edits in a $12.2 million construction contract later awarded to his firm, and convinced FBI management to pay higher labor rates to L-1 staff.

“Heslep abused his position as a government contracting officer. He accepted bribes of cash, sports tickets, and other items of value in exchange for granting favorable contracting terms. This sentencing shows that this kind of fraud will not be tolerated,” said Douglas B. Bruce, Special Agent in Charge of the Department of Justice Office of the Inspector General Denver Field Office.

Heslep 52, of Gainesville, Virginia, pleaded guilty in December. As well as the jail time, he will see three years of supervised release, forfeit $128,128, and pay $15,353 in restitution to the Internal Revenue Service.

Bailey, 63, of Centreville, Virginia, pleaded guilty to paying a bribe to a public official, and his sentencing is set for May 5, 2021.