Even though AWS lost and is suing saying it was cheated

Two Republican lawmakers have asked the Justice Department and Pentagon to reopen an investigation into conflicts of interest between ex-Amazon employees and the JEDI cloud procurement process.

Amazon was considered the front-runner to the military cloud contract for most of its procurement cycle, but lost to Microsoft in October 2019. The company is currently suing the Department of Defense, claiming interference by then-President Trump. 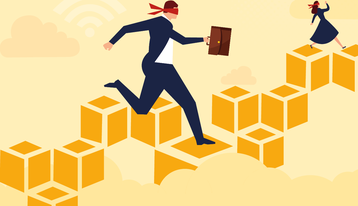 They asked for information, documents, and for the Justice Department to launch a probe, to find out whether Amazon Web Services was anticompetitive in its attempt to win JEDI - which is worth up to $10bn over 10 years.

"We are concerned that Amazon may have attempted to monopolize one or more markets relating to government and/or commercial cloud computing services by improperly influencing the Joint Enterprise Defense Infrastructure procurement process," Lee and Buck wrote.

The duo called Amazon's actions "potentially corrupt and anti-competitive... that may have violated federal conflict of interest and antitrust laws."

This sale was not disclosed until she resigned from the DoD, and the figure was underreported. Donnelly's business, SBD Advisors, publicly denied that Pienaar was the new owner. At the time of the JEDI process, Pienaar was engaged to and then married to AWS’s Vice President of Worldwide Public Sector Sales, Teresa Carlson (now at Splunk).

Pienaar was receiving payments from AWS at the time, and giving undisclosed sums to Donnelly. During this period, she wrote to senior DoD officials commending Jeff Bezos and recommending AWS.

She also attended at least two private dinners along with Defense Secretary Mattis and Bezos, Carlson, and Pienaar, where JEDI was discussed.

Another senior DoD official, Anthony DeMartino, worked as an Amazon consultant before joining the DoD. He may have helped draft the DoD's cloud acquisition strategy and participated in crucial meetings, despite an order to recuse himself from matters involving Amazon.

Ubhi was found to have “committed ethical violations" in a Department of Defense Office of Inspector General investigation that ultimately claimed that while irregularities may have occurred, they did not substantially impact the procurement process.

"In addition to obvious procurement integrity issues, there appear to be multiple potential violations of Federal criminal laws that have yet to be investigated in any meaningful way," the lawmakers said, claiming potential bribery and violations of the Sherman Act.

In addition to the OIG investigation, Defense Secretary Esper conducted his own review after prompting from President Trump, who had received a letter from Oracle alleging Amazon collusion.

Esper himself then was recused from the contract after realizing - half a year into the job - that his son worked at IBM, a (distant) JEDI competitor.

Work has yet to begin on JEDI, due to Amazon's ongoing lawsuit. The Department of Defense has threatened that if the case drags on, it may cancel the contract entirely.#In the 2019-2020 campaign cycle, Rep.

Update: An Amazon Web Services spokesperson told DCD: "These are the same false, tired, and meritless allegations that have been repeatedly rejected by every independent review - from federal courts, to the GAO, to the DoD IG. This is nothing more than an attempt by certain less capable AWS competitors to distract from the fact that by every objective measure AWS provides its customers with superior technology, more secure and reliable services, and deeper experience supporting classified government workloads."