The US Treasury has exempted the provision of Internet communication services from US sanctions against Russia.

The move was welcomed by human rights and open access groups. 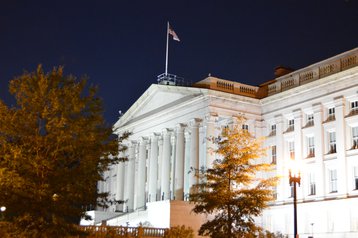 "The exportation or reexportation, sale, or supply, directly or indirectly, from the United States or by US persons, wherever located, to the Russian Federation of services, software, hardware, or technology incident to the exchange of communications over the Internet, such as instant messaging, videoconferencing, chat and email, social networking, sharing of photos, movies, and documents, web browsing, blogging, web hosting, and domain name registration services, that is prohibited by the RuHSR, is authorized," Bradley T. Smith, the deputy director at the Office of Foreign Assets Control, said.

There are a few exceptions, however, such as working with certain Russian financial institutions or other transactions prohibited by Executive Order (E.O.) 14066 or E.O. 14068.

Several companies providing the 'exchange of communications over the Internet' have reduced their business in Russia, or ceased altogether.

Internet backbone companies Cogent and Lumen said that they were ending data transfers to Russia, although the latter business appears to still be connected.

Cisco, Google, Microsoft, and Oracle have also suspended work in the country, along with Apple, Ericsson, PayPal, Mastercard, and Visa. Amazon Web Services has stopped accepting new customers in Russia and Belarus.

But content delivery network (CDN), Edge, and web infrastructure companies Cloudflare and Akamai this week said that they would continue to operate in Russia, arguing that Russian citizens need access to the Internet.

While the Ukrainian government has called on organizations like RIPE NCC and ICANN to help disconnect Russia from the global Internet, human rights groups note that access to free information could be more valuable than economic harm.

"The US Treasury decision helps Russian independent media, human rights defenders & anti-war protesters who have been relying on US technologies to report on & oppose Russian aggression in Ukraine to continue their work & communicate & organize in a safer way."