Joining Cogent in avoiding the country after it invaded Ukraine

US telecommunications company Lumen Technologies is reducing its links to Russia, following the country's unprovoked invasion of Ukraine.

Update: Lumen has now decided to fully disconnect from Russia "due to increased security risk inside Russia."

The company said: "We have not yet experienced network disruptions, but given the increasingly uncertain environment and the heightened risk of state action, we took this move to ensure the security of our and our customers’ networks, as well as the ongoing integrity of the global Internet."

However, while it said that the decision was immediate, that has yet to be reflected in global Internet traffic. 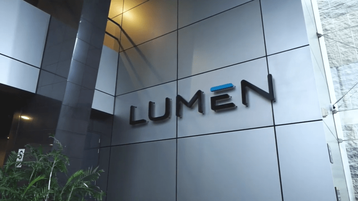 "Lumen has stopped the sale of all new products and services to both Russian-based companies and non-Russian based companies, where the services will be provided in Russia," the company said in a post on its website.

In an FAQ for customers and investors, it admitted that its "business interactions in Russia and Ukraine are not material," so it is not expected to take a serious financial hit from the decision.

"While they may not take on any new customers in Russia, they may be carrying more traffic with the loss of Cogent as a transit alternative," Madory said.

Cogent's decision is also thought to have had downstream impacts on Kazakhstan, Tajikistan, and Uzbekistan.

Companies like Ericsson, Microsoft, Oracle, Netflix, and Sabre are among a growing number of businesses exiting Russia.