But it is unlikely ICANN will take such a move

Ukrainian officials have requested that the Internet Corporation for Assigned Names and Numbers (ICANN) revoke domains issued in Russia and shut down primary Domain Name System (DNS) servers in the country.

Representatives for ICANN verified the email's authenticity, but declined to comment.

A California-based nonprofit responsible for protecting “the operational stability of the Internet,” ICANN manages the global DNS root zone. The body was previously controlled by the US government, but was privatized in 2016. 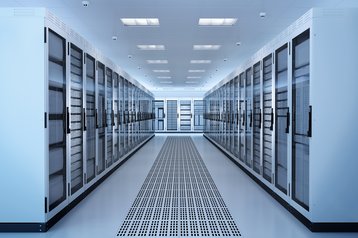 "All of these measures will help users seek for reliable information in alternative domain zones, preventing propaganda and disinformation," Fedorov said in his email.

"Leaders, governments and organizations all over the world are in favor of introducing sanctions towards the Russian Federation since they aim at putting the aggression towards Ukraine and other countries to an end. I ask you kindly to seriously consider such measures and implement them as quickly as possible. Help to save the lives of people in our country."

Removing the domains “.ru”, “.рф” and “.su” from the root zone, would make it difficult for people inside and outside Russia to access Russian websites, email, and other services.

There are about five million domains on the global Internet that would be impacted by such a move.

Shutting down DNS root servers within Russia would affect users in the country.

There, Erich Schweighofer, a professor at the University of Vienna and ICANN community participant, replied: "Removing Russia from the Internet does not help supporting the civil society in this country for a democratic change. ICANN is a neutral platform, not taking a position in this conflict but allowing States to act accordingly, e.g. blocking all traffic from a particular state."

The RIPE Network Coordination Center, the Regional Internet Registry (RIR) for Europe, the Middle East, and some of Central Asia, this week rejected a similar request by Fedorov to disconnect Russia.

"It is crucial that the RIPE NCC remains neutral and does not take positions with regard to domestic political disputes, international conflicts or war," Christian Kaufmann, chairman of the RIPE NCC executive board, said.