One of two cables out of action

One of the fiber cables connecting the island of Svalbard to mainland Norway is suffering an outage.

“Starting at 04:10 Friday 7 January 2022, one of the two connections on the Svalbard fiber has been out of order,” the cables operator Space Norway reported over the weekend. 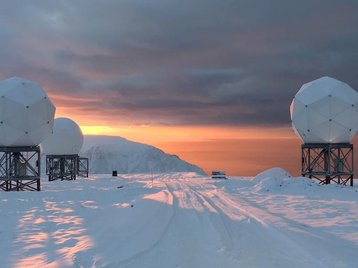 “Troubleshooting has been carried out since the error was discovered, and it was approx. at 20:00 determined that there is a fault in the power supply between 130 and 230 km from Longyearbyen and in an area where the cable goes steeply into the deep sea from approx. 300 m to approx. 2700 meters depth.”

The almost-1,400 km (~840mi) cable system to connect the northernmost settlement in the world with a permanent civilian population is made up of two lines; the other fiber line is running, but there is currently no redundancy if any more issues arise.

Space Norway said it is unsure how the damage occurred and is being investigated further. To repair the damage a cable-laying vessel must be mobilized.

The Ministry of Justice and Emergency Preparedness said it was following the situation and is working with the Ministry of Trade and Industry, which owns Space Norway. The ministry also has regular contact with the Governor of Svalbard.

“I have been informed that an error has occurred on part of one of two fiber connections between Svalbard and mainland Norway. Communication to and from Svalbard is still running as normal. The Svalbard fiber still works, even though one connection has now failed,” said Norway’s Minister of Justice and Emergency Management Emilie Enger Mehl.

Space Norway is a public limited company, managed by the Ministry of Trade and Industry (NFD), that develops and operates space-related infrastructure for the country; it owns and is responsible for the fiber connection between the mainland and Longyearbyen on Svalbard.

Planning on the cable began around 2002 to ensure the development of KSAT's download business on Platåberget on the island and it was laid in 2004; it has an estimated service life of around 2028. The cable consists of two georedundant connections between Longyearbyen and Harstad, mainland Norway. The cable is the main connection for the local population, business community, and government authorities, which all previously relied on satellite communications.

While the island is home to a number of satellite ground stations, it also hosts data centers. Data storage company Piql and mine operator SNSK have developed The Arctic World Archive; a long-term data center in a mine in Longyearbyen close to the global seed vault. Governments, museums, and GitHub have placed data at the site.

Last year a Norwegian underwater observatory science cable was knocked offline for months after more than 4.3 kilometers worth of cable were cut and removed. Around 3km of the Lofoten-Vesterålen (LoVe) Ocean Observatory cable was found 11km away in November. It assumed a ship removed and dragged the cable away; whether this was an accident or intended sabotage -- the cable can be used to detect submarines -- is unclear.