Cultural data expected to outlast us all

The Arctic World Archive has added another trove of data to its long term storage vault in Svalbard.

The data center stores a proprietary film developed by operator Piql, which it claims can last as long as 1,000 years. 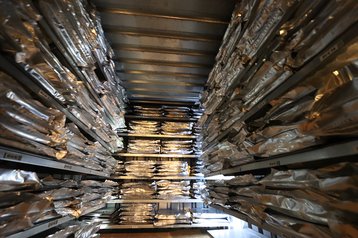 Svalbard, the northernmost settlement in the world with a permanent civilian population, has been declared demilitarized by 42 nations, and is riddled with a network of disused mines, one of which is home to the Arctic World Archive. The data center is located 300m deep, nestled amid the permafrost. The same mine complex also features the Global Seed Vault which preserves some 400,000 plant varieties to maintain diversity in crops.

Piql takes data and converts it into a QR code that is put onto 35mm film and stored in reels. The film also includes written text to explain how to access that code, in case the technology becomes obsolete and is forgotten before it is retrieved. However, future generations would need at least some level of technology - a camera and some compute capabilities.

It joins data from the National Archive of Brazil, Mexico, and a huge deposit from GitHub. The software collaboration platform, which was acquired by Microsoft in 2019, is also using its parent company's Project Silica quartz glass system for long term storage.

"The data you have deposited today holds significance for communities around the world," managing director Rune Bjerkestrand said. "Choosing to preserve these items and ensuring they will never be forgotten is passing on value to future generations."

DCD attended the ceremony in Svalbard for a magazine feature on ultra-long-term storage, coming in 2022. To ensure you don't miss out, subscribe today.