300 meters below the ground, in a converted mineshaft in the Norwegian archipelago of Svalbard, data is being stored on photosensitive film.

Developed by data storage company Piql and mine operator SNSK, The Arctic World Archive in ‘Mine no. 3’ in Longyearbyen has now opened.

Nearby to the facility is the Global Seed Vault, a seed bank built to insure against the loss of seeds in other genebanks during large-scale regional or global crises.

Both chose Svalbard, the northernmost settlement in the world with a permanent civilian population, due to its distance from other nations, the fact that it has been declared demilitarized by 42 nations, and its existing network of disused mines. Those mines are surrounded by permafrost, keeping facilities at a low, stable temperature. 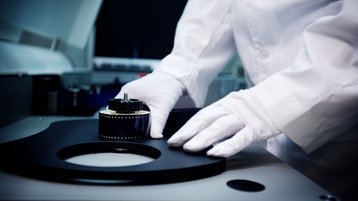 “During the process we use the same kind of error correction as most other storage technologies,” the company said.

“Checksums are applied to verify the integrity of the data. Forward Error Correction is used for controlling errors, making it possible to fully retrieve even damaged or corrupted data.”

The company’s piqlBoxes are not connected to the Internet, however, to prevent against hacks. Instead, clients who wish to access their data can request it, at which point it is manually retrieved, put in a piqlReader and uploaded.

Piql claims that, under perfect conditions, its film can survive over 1,000 years, although some marketing material uses the more conservative estimate of more than 500 years.

So far, The Arctic World Archive has three customers - the governments of Norway, Brazil and Mexico.

The National Archive of Brazil deposited an archive copy of a law that abolished slavery in the country, along with copies of historical constitutions, and historical photos of its capital, Brasilia.

Mexico deposited a copy of its constitution, declaration of independence and other historically significant documents.

Digital obsolescence and long term storage has been both a concern and an opportunity for corporations and countries alike. While Facebook simply uses optimized, low powered server racks for its cold storage, others have pursued tape, and Sony has turned to optical discs.

Its Everspan Library System has a lifespan of more than 100 years, and can survive being submerged in seawater.