Superman is sent to the Phantom Zone

Microsoft has collaborated with Warner Bros. to store the 1978 film Superman on a piece of glass.

The nerdy feat is the first proof of concept test for Project Silica, a Microsoft Research initiative to develop long term cold storage technologies for Azure cloud. The glass storage devices, built in partnership with the University of Southampton's Optoelectronic Research Centre, could last centuries. 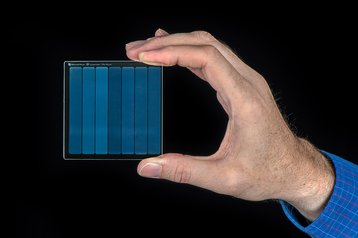 "Machine learning algorithms read the data back by decoding images and patterns that are created as polarized light shines through the glass."

The glass does not need to be kept in temperature and moisture controlled rooms, like most other cold storage approaches. The company said that it has baked, boiled, microwaved, demagnetized and scoured pieces of glass with steel wool, with no loss to the data stored inside.

“We are not trying to build things that you put in your house or play movies from. We are building storage that operates at the cloud scale,” Ant Rowstron, partner deputy lab director of Microsoft Research Cambridge, said.

“One big thing we wanted to eliminate is this expensive cycle of moving and rewriting data to the next generation. We really want something you can put on the shelf for 50 or 100 or 1,000 years and forget about until you need it."

“Imagine if a title like The Wizard of Oz or a show like Friends wasn’t available for generation after generation to enjoy and see and understand,” Warner's CTO Vicky Colf said.

“We think that’s unimaginable, and that’s why we take the job of preserving and archiving our content extremely seriously.”

Currently, however, Silica very much remains in the research phase - Microsoft noted that it still needs to "significantly" increase the speed at which data can be written and read, as well as its density.