Africa needs 1000MW and 700 facilities to meet growing demand and bring the rest of the continent onto level terms with the capacity and density of South Africa, a new report from The African Data Centres Association (ADCA) and Xalam Analytics claims.

“At the onset of a new decade, it is increasingly acknowledged that Africa needs a lot more data center capacity than is currently available,” says the Growing Africa’s Data Center Ecosystem: An Assessment Of Utility Requirements report. “The need for hosting capacity is largely structural; an outgrowth of a host of megatrends that are transforming the region’s economic and social fabric and are putting considerable pressure on existing infrastructure.”

Africa’s broadband user base is set to double over the next decade, and more than 30 Tier III and above multi-tenant facilities have come online across the continent since 2016 to accommodate growth, essentially doubling the region’s hosting capacity. Yet capacity is uneven; Only a third of Africa’s 80-plus cities with a population of more than one million have at least one data center facility at Tier III standard. 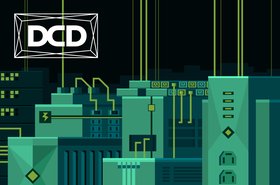 How is power infrastructure inside the data center adapting to the burgeoning demand for compute?

More than two-thirds of the continent’s capacity sitting within South Africa. Egypt, Nigeria, Kenya, and Morocco also have larger concentrations of facilities compared to most of the countries on the continent. Mauritius has an outsized number of data center compared to its size and population, especially compared to neighboring Madagascar. Xalam estimates nearly half of Sub-Saharan Africa’s economic output and broadband connections are served by just 10 percent of existing data center supply. The report says 15 countries have a deficit between 5MW and 10MW of data center capacity, with 20 facing a capacity deficit higher than 10MW.

The report models Africa’s data center capacity requirements based on variables such as population, GDP, and broadband capacity and adoption, using India, South Africa, and the Netherlands as potential benchmarks. To achieve a data center landscape comparable to current the current capacity and density of India, Africa will need to add an aggregate capacity of at least 120MW of multi-tenant data center capacity over the next decade totaling 1.4 million sq m (15.1 million sq ft) and ~80 facilities (assuming an average of 3MW per facility). For the whole continent to be on par with South Africa, the rest of the continent would need 1GW, equating to 3.5 million sq m (36.7 million sq ft) across ~700 facilities.

The report warns, however, Africa’s power, land, and water requirements for data center facilities at any meaningful scale would be difficult to achieve without more involved government action at national, regional, and local levels. A separate Xalam paper noted that South Africa is facing an acute electricity crisis with power utility Eskom having been forced to take 6GW (~15 percent of its available capacity) of power to avert a collapse of the entire grid in 2020.