The European Organization for Nuclear Research is donating a total of 104 servers, five network switches and 1,100 terabytes of storage hardware from its data center to the Ghanaian university, which will primarily be used in the Department of Mathematics, Statistics and Actuarial Science to support the teaching of statistics. Other departments at the university will also make use of the compute power. 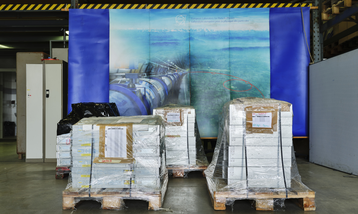 CERN regularly updates its high-performance compute facilities, donating the old but still powerful hardware to universities and research organizations around the world that wouldn’t necessarily have the resources to purchase such computers outright.

In June 2018, CERN donated computing, storage and networking equipment to the University of Kathmandu in Nepal, enabling the University to establish high-performance computing facilities supporting research into science and technology.

In June last year, CERN donated 117 servers, six network switches and more than 1,000 terabytes of storage to the Fayoum University in Egypt, part of the Egyptian Network for High Energy Physics (ENHEP).

CERN, of course, is the Geneva-based particle physics laboratory, founded in 1954, which hosts the Large Hadron Collider. Located 100 meters under the Franco-Swiss border, the 27-kilometer-long particle collider is used to accelerate photons and lead ions in an effort to help answer some of the most fundamental questions in physics.