A spate of hoax calls and emails made a series of bomb threats against data centers across the US last week.

On October 19, DCD reported on a bomb threat hoax against a data center on N. 5th Street in Columbus, Ohio. The unnamed facility was evacuated after a data center received a call claiming that there were three bombs in the building and they wanted a ransom. Police arrived and found nothing.

It seems however, this was not an isolated incident but part of a spate of hoax bomb threats made against data centers across the US. While some received phone calls and others emails, all seemed to make bomb threats against the target organization’s data center and threaten to detonate the device unless paid a ransom. 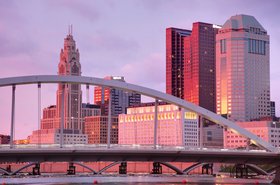 Caller reportedly phoned the unnamed facility, saying there were three bombs on site and demanding a ransom

On the same day, a similar call was made to the Lake County Sheriffs Office in Painesville, Ohio, saying a bomb had been placed in its on-site data center and would be donated if it didn’t pay a ransom of $5,000. Geauga County Sheriff’s Office subsequently sent a K-9 dog unit specializing in bomb detection to conduct a search and nothing was found.

The same day another call was made to the North Carolina State University in Raleigh, which again made a threat against an unidentified university data center. University Police briefly closed down a section of Hillsborough Street from Pogue Street to Gardner Street, but as in the other cases nothing was found and the threat was deemed not credible.

The Information Technology Center and surrounding buildings at Rockford University in Illinois was also evacuated that day. Some classes were canceled as a result, and again nothing was found. An AT&T call center in Miami, Florida, was also evacuated and searched by the bomb squad.

In Greenfield, Wisconsin, the city’s Greenfield Community Energy and Technology (GCET) building – a municipal utility providing telecommunications services – was evacuated and searched by police and fire department after it too received a threat.

Police Lt. Dan McCarthy told the Recorder the threat in Greenfield was received by email, was generic in nature, and likely a mass email. McCarthy said several other agencies across “Massachusetts, across the country and even in Canada” received the threat, and that Greenfield Police and Fire departments responded because agencies in Boston, Lowell, and at Brandeis University had tied up the state’s bomb squads with the other threats. 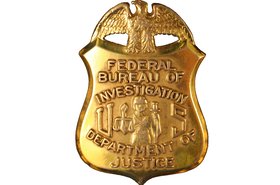 Plan that would not have worked foiled from the outset

A discussion thread between The North American Network Operators' Group (NANOG) suggests there were many more such incidents across the US, but not all contacted local law enforcement.

“I've now heard from several operators – ourselves included – about getting an email bomb threat to our datacenters asking for $5,000 or the "bomb will be detonated,” said Matt Hoppes, CEO at River Valley Internet, an ISP serving Pennsylvania. Hoppes said he had heard of at least six other data centers being targeted and it is possible the perpetrator had scraped WHOIS information for phone numbers and email addresses to target.

Other firms in the thread that said they had received a similar threat include Florida High-Speed Internet and Net Vision Communications in Missouri. Two companies in Kitchener and Waterloo in Ontario, Canada also had threats made against them and called the police. Hosting firm FranTech said it had contacted the Las Vegas office of the FBI about the bomb threat.

Such bomb threats are not to be taken lightly in light of other recent incidents. Earlier this month Seth Aaron Pendley was sentenced to 10 years for plotting to blow up an AWS data center in Northern Virginia. A 2020 Christmas Day suicide bomber in Nashville took out an AT&T facility, but seemingly wasn’t specifically targeting the telco. And in March the NYPD warned that white supremacists and conspiracy theorists are targeting cell towers, critical infrastructure to “incite fear, disrupt essential services, and cause economic damage with the United States and abroad." In Greece this month anarchists threw petrol bombs at a government data center in Athens in protest against surveillance.

If your facility was the target of a hoax bomb threat last week, please reach out to DCD anonymously.