Microsoft is to use renewable natural gas for backup power at a Silicon Valley data center currently under construction.

The microgrid will be built by Enchanted Rock, and will use biogas injected into the gas pipes upstream of the facility in San Jose to further Microsoft's stated ambition to decarbonize its backup power. It will also reduce emissions from backup power, which will improve Microsoft's standing in environmentally conscious California. 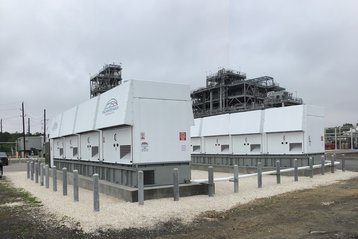 The micro grid is reportedly planned for an Azure cloud data center being built on 64.5 acres of land Microsoft acquired back in 2017. However, if microgrids help boost Microsoft's image, they could emerge in other local projects. The company is planning to build two five-story data centers on land it bought last year near the corner of Component Drive and Orchard Parkway, according to reports. It bought the 21-acre plot for $78 million in 2021.

Microsoft has set itself a target of being carbon negative by 2030, with plans to match its power usage to renewable output hour by hour eventually. This project will address the relatively small amount of emissions produced by backup power, usually provided by diesel generators which are normally run for testing, a few hours per year.

The project will provide power locally, with emissions 80 percent to 96 percent lower than using diesel generators, and Enchanted Rock says it will deliver higher reliability.

The microgrid will be supplied by net-zero carbon renewable natural gas (RNG), injected upstream into the gas pipeline to offset fossil gas. The RNG will be captured from methane-producing facilities such as food waste and agricultural operations.

“This project helps Microsoft take a step towards our goal of eliminating dependence on petroleum-based diesel, while increasing the resilience of our data center and providing a much-needed capacity resource to the local grid,” said Brian Janous, general manager – DC energy & sustainability at Microsoft.

Microsoft is trying a variety of techniques, including the use of hydrogen fuel cells which recently powered some Microsoft data center equipment for 48 hours. The company is also testing vegetable oil fuel for some diesel generators in Sweden, and is using battery-based systems in a test with Total.

The microgrid got local political support because it also results in lower emissions at the data centers, contributing to cleaner air.

Californian Democrat Senator Ben Hueso welcomed the microgrid, saying: “The climate crisis and environmental degradation hit underserved communities first and hardest. These communities suffer through poor air quality, intolerable heat waves, and punishing droughts. We must take immediate action to reverse the climate crisis and address local environmental impacts. I am hopeful that one day all data centers will replace their backup power systems with carbon-negative, clean renewable natural gas. Today’s announcement will set a precedent I believe all of California’s roughly 240 data centers should follow.”

“Today’s digital world relies on the uptime and continuity of data center operations,” said Thomas McAndrew, CEO of Enchanted Rock, which describes itself as a provider of electrical resiliency-as-a-service. “This continuity does not need to come at the expense of companies’ carbon emission reduction goals or local air quality. Microsoft’s decision to pursue a renewable microgrid marks another milestone in the industry as businesses continue to move away from conventional, less carbon-friendly methods, and we expect this project will demonstrate that large-scale, reliable, and cost-effective back-up generation with net-zero carbon can become the new standard.”