How Microsoft and Vattenfall partnered for data centers that use 100 percent renewable energy, 24/7 - with Conapto set to follow

The goal of being 100 percent renewable is universal these days, but the vagaries of current renewable technologies makes that hard to achieve.

However, the push from technology companies and the data center industry in particular is encouraging companies to devise new solutions, such as Microsoft’s and Vattenfall’s 24/7 matching solution, which is now being employed by Conapto in its data centers.

Patrik Öhlund, Director for Energy Markets at Microsoft, explains Microsoft’s own journey to its current ambition of becoming carbon negative by 2030. 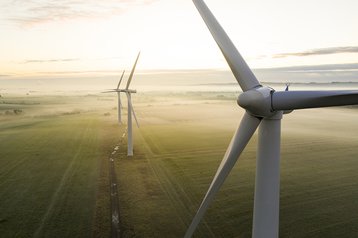 “The targets that we have set and are working towards are also decided on an annual basis, and we have come to the conclusion that tracking this on an annual basis is not enough. If you really want to decarbonize grids worldwide, you need to take one or more steps forward. That is why we announced a new, more ambitious objective of 100/100 Zero.”

But in order for Microsoft to achieve these goals, it is important to overcome the barriers standing in their way. This is where Vattenfall comes in.

Marcus Melin is the Strategic Energy Advisory for Vattenfall.

“Electricity is both a part of the problem, and part of the solution. With that, it's really worth looking at mostly at how electricity is being produced and consumed. Of course, companies are weighing in on this issue and for a number of years, an increasing number of leading companies have been committing to using 100 percent renewable energy.

“The renewable electricity that has been added is mostly wind and solar. The issue with these production sources is that you can't really tell how much is being produced at any given moment; it's kind of mother nature that decides. With solar, you know that there's going to be more solar in the daytime and less in the nighttime. And, at least, in Sweden there's not going to be a lot of sun out in the winter. Also, you can't really know exactly how clouds are going to impact your production.

“With wind, it's even more unpredictable. When production goes up and down like this from hour to hour, based on how much wind there is, it's very difficult to predict. But, importantly, you know that it's going to vary quite a lot and, if you have a stable production, like for example in a data center, it is reasonable to consider what needs to fill in when there are not enough renewables to cover consumption. This is where the standard way of purchasing needs a little bit of polishing.”

Vattenfall developed the 24/7 matching solution in a bid to solve this problem for Microsoft data centers.

“Essentially, we have meters on our wind production, and we have put up meters also on the consumption sites. In this case, starting with Microsoft, those meters feed real-time data into an actual solution that looks at this and matches it to tell you how much was consumed. If you prefer wind, It will tell you how much of your consumption every hour was wind-sourced.

“What we then do is use the results of this matching, and we use those totals, and we cancel guarantees of origin based on that. That means that we still use the existing standard of the guarantees of origin. In that way, we make sure that we don't end up double-counting.

“Since we are putting in renewable production to cover the fuel consumption, customers get to see their 100 percent renewable energy, not only on an annual level, but on an hourly level. This gives you the possibility to take action, either short-term or longer-term to improve the matching and essentially get more of the energy source that you would like to have.”

The appeal of this technology is clear to any data center operator, particularly at a time where there is so much scrutiny over a facility's sustainability. It is perhaps this opportunity for transparency that has led to Conapto embracing the 24/7 matching solution in their data centers, as a company that prioritizes environmental sustainability in its facilities.

With companies like Microsoft, Vattenfall, and Conapto achieving these sustainability goals, Sweden (and the Nordics in general) are setting a standard that the rest of the industry - and the world - should aspire to.

Download the episode by filling out the form below.