Microsoft has has bought 64.5 acres of land along State Route 237 in San Jose. While San Jose styles itself the ‘Capital of Silicon Valley’ in California, more data centers have been built in Santa Clara.

“We continuously explore opportunities to meet the needs of a future based on cloud computing and Internet services, so we’re thrilled to find a great one in the heart of Silicon Valley,” Christian Belady, GM of Microsoft Cloud Infrastructure and Operations, told Mercury News, who were first to report on the purchase. 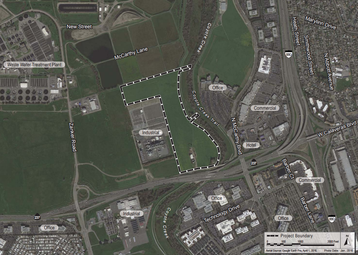 As with any data center proposal, Microsoft’s suggested data center would have to gain environmental approval, and the announcement was accompanied by a Final Environmental Impact Report (FEIR) from the San Jose department of planning, building and code enforcement which effectively gives it a clean bill of health.

“I especially appreciate Microsoft’s sensitivity to the surrounding environment, and its continued commitment to sustainable construction and operations,” said San Jose Mayor Sam Liccardo, having welcomed Microsoft’s investment in the area.

The planning department circulated a draft environmental impact report (DEIR) for the ‘237 Industrial Center Project” in June to some 25 public agencies and interested parties, giving them 45 days to respond.

The report does however show the working process. There were 12 comments, each of which is attached to the original draft, and also embedded within the document, along with the department’s response.

So, it takes some effort, but we can see a little more about the data center, and understand the work done in clearing those environmental hurdles.

The FEIR reveals the data center proposal would construct a four story facility, which would be completed by 2020. The facility would have a power usage effectiveness (PUE) of 1.2, and it would be LEED Gold certified, allowing it to meet environmental regulations.

As with most data center planning applications, the impact report explores water usage. The site would use recycled water supplied by the San Jose Municipal Water System, and its maximum daily water demand for cooling purposes could reach 1,467,000 gallons per day. This is in line with industrial good practice, and lower than other comparable industries. A rule of thumb suggests that a 15MW data center would use 360,000 gallons of water per day or 24,000 gallons per MW, but this is dependent on factors including climate, and how much water is used in adiabatic cooling - which reduces energy wastage and cuts PUE.

The report notes that the use of recycled water will reduce the impact on the Californian water system - and builds in an option to use potable water for up to nine days per year if the recycled supply fails in an emergency. The proposal suggests Microsoft is planning to be much more sparing with water should it need to switch to a drinkable source: if it switched to potable water, its demand would drop to 10,500 gallons per MW per day.

The site also includes optional plans for two 25-foot tall water storage tanks which would contain some 3.5 million gallons of water as a backup - to prevent Microsoft calling on drinking water for emergencies lasting two days or less. 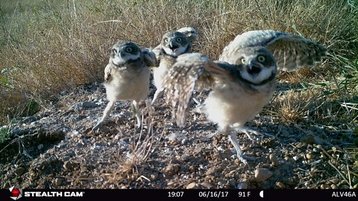 The report also ruled that Microsoft had adequately dealt with concerns about burrowing owls, a California Species of Special Concern, which had been raised by local chapters of environmental groups the Audubon Society and the Sierra Club, along with a local group - the Citizens Committee to Complete the Refuge (CCCR).

Although populations of burrowing owls are decreasing, the final report says there are no owls on the proposed site, and the project includes measures to protect nearby owls.

No owls had been spotted in a survey of the site, and a further survey must be carried out to check this. with pre-construction surveys. The proposal requires some off-site utility work running through owl habitat and artificial burrows west of the site, but “these utilities will all be placed underground and the above-ground habitat returned to its current state once utilities are placed,” the report notes.

The report also finds that a creek adjacent to the site provides a wildlife crossing to safeguard mammals and allow them a passage past the site’s steel security fence.

It’s not the first time burrowing owls have been raised as a concern for US data center builders: Facebook has promised to relocate any owls affected by its Los Lunas facility in New Mexico.

Despite being home to some of the world’s largest technology companies, Silicon Valley has relatively few data centers, due to a lack of new building opportunities in an area where land is much contested. In an extensive, recently published report, CBRE noted that demand for data centers in the area remained high, but there were “scant opportunities for the addition of new supply.”

Of the new facilities being constructed, all 29.5MW have already been pre-leased, which suggests there couild be unmet demand.

Microsoft’s proposal could extend data center buiding around San Jose, outside the currently-favored zone of Santa Clara, and go some way to meet the need.